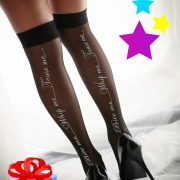 My cock happy boyfriend craves dick for his birthday party! It was the weekend of Mark’s birthday in Manhattan. He lives in Jersey, but everyone knows the best parties are in the city proper. I had made myself the point person on all things “birthday”. I wanted it to be a night he’d never forget. You know the expression, “You Only Live Once!” And, I was going to make sure that if that’s true, he’d have the time of his life. Few knew, Mark as I did. He loved the ladies, but he really loved the long, sexy legs, and feet of women…especially if they were clad in silky thigh-high stockings and stiletto heels? But, my cock happy boyfriend craves dick in his special day!

But, what no one else knew about, Mark is that he’s done some time in the big house and ever since then, he has secretly craved dick…especially BIG BLACK COCK! Oh, they through him parties and What to do when your Cock Happy Boyfriend Craves Dick? You give it to him. So, for this occasion, I was pulling out all the stops. I would have on hand lots of cock. Furthermore, if silken clad legs and feet on women was a good situation…having huge cocks everywhere? So much better. Jackpot! I hired a catering company to supply finger foods. Didn’t want anything too heavy. Just enough to keep appetites wet while pussy, ass and, cock were the main items on the menu.

Topless women in silky thigh-highs and pointed toe shoes; a la Playboy Bunnies of old. Champagne was flowing and different “party” drugs were being passed around; and, Mark was like a kid in a candy store. Not only were we celebrating his birthday, but we were also celebrating his freedom. He’d been recently released from “the Big House” for crimes to remain unmentioned. Tonight was for celebrating! This wasn’t going to be along the lines of average cheating sex stories, oh no!

One thing that Mark had told me though, about his “time in” was that he fantasized about cock; all kinds of cock, being presented in all types of ways. He said he’d never indulged while he was away, but he couldn’t keep the thoughts off his mind, so…I always knew he was a fucking freak for sucking, licking and biting feet; mine had many times been the focus of his foot lovin’. There would be plenty to satisfy him on that particular kink. I had also taken the liberty of hiring an all-male sex escort troupe to focus on just Mark.

When I caught a glimpse of him from across the party space,

he had his head dipped low to a sexy leg and curved foot with a fresh manicure. He was doing his favorite line of something and doing it off that sexy, curvaceous, petite foot. It drove him insane with sexual desire. He stood and staggered momentarily; which to me meant he was almost loose enough to act on his fantasy. I’d help him along with that. He can be such a pussy sometimes! He needs me to shove his tight ass where he really wants it to be! He’d love nothing more than a good strap-on from me, or a better plunging from some well-hung stud!

Mark had only moments ago been licking a silk stocking covered foot,

then he tore through the stocking and was licking between each toe and over the arch to finally settle on sucking the heel. The next time I saw him, he had that look. I gave an eye to a single, bare-chested hottie, who then queued the others. Then, watched his lascivious glances at every cock that passed him. I knew Mark was primed. Everyone was naked and he was spread out like a drunken prom date. And everyone wanted a taste of the birthday boy!

Strap-ons were being passed like hors-d’oeuvres from heavy silver trays and the smell of strapping leather filled the air. Mark had a big black cock shoved down his throat. Two guys were licking his nipples as he stroked their cocks.

They all wanted a shot at the birthday boy. And he wanted a lick and fuck at all of them too. We’re here for a short time on this earth. So, why not go after all the things, taboo, or not, that you can?

By the time people started filtering out, the next morning, everything was a blur.

The people who knew there were no such things as taboos, only closed-minded people. If it’s true that you only live once…you’d better grab that brass ring…with BOTH hands.

So, what’s Mark up to now? Or should I say who is Mark up in…? You wouldn’t believe it if I told you! But, if you insist on having the kinky details…you’ll have to call me. I’ll happily give you all the nasty details… All you have to do is call me. I’m waiting, Darlin’! And nobody does you better than Dixie! Come on. You’ve got time for some phone sex. I just know you do!