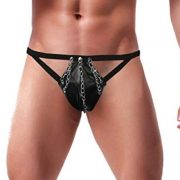 Do you quiver at the words cock box punishment?  I know you are trying to keep a brave face, but you may be feeling differently under your blank expression.  When we marry, we do so with the thought we have found that one special person that you want to spend the rest of your life with.  Unfortunately, that is not always the way things turn out.  There are cheating husbands perhaps a dirty cheating wife.

Such is the case with my acquaintances, Ronald and Sue.  I’ll never forget that rainy day long ago when Sue came to my house.  From the expression on Sue’s face, she looked visibly upset.  At first, I was speechless, then I snapped out of my daze and invited her inside.  It was rare to see Sue upset about anything.

Sue could turn heads and brighten up a room.  She had the most beautiful eyes I had ever seen in my whole life.  Coupled with her charm and beautiful body it was easy to see why guys lusted after her.  I was not prepared for what she told me next.  Recently Sue discovered that her husband was cheating on her.  Yet, Sue was not having any of that.

So then, how did she find out?

Well, it all started innocently enough.  First, it started with the text messages.  Ronald was hardly ever on his phone.  All of a sudden he seemed to be on it all the time.  Ronald always made the excuse that his boss was talking to him about a project they were working on.  So, why so late at night and why did he seem to secretive about it?  Sometimes, he would go into the bathroom and stay there a long time.

Furthermore, Ronald started staying at work extra late.  Sometimes, he would not return home until after midnight.  Nevertheless, Sue wanted to be a supportive wife to her husband.  In any case, if Ronald was cheating on her, Sue didn’t want to leave him.  She loved her comfortable life with him.  She offered Ronald stability and was a great chef.  In addition to running the household, paying the bills, and cooking she had her own career.

Finally, that day came when she went to his work to surprise her husband with dinner and she caught her husband and his boss in his office.  Sue caught him with his pants down and his blonde boss under his desk sucking his hard dick.  The sight both aroused and shocked his loving wife.  Before Ronald could stop her, his wife ran out.    So, Sue ended up there at my house weeping on my shoulder.  The next step was to figure out what to do about her dirty husband.

How about a cock box punishment?

Next, I told Sue about some things that others have done to seek retribution on their dirty cheating spouses.  Since she didn’t want to leave this life nor her husband, Sue was determined to punish him and make his life miserable.  Instead of drowning in her own misery, Sue went out and bought something that would keep his cock locked tight.  Of course later when her husband had the nerve to come home, he tried to beg for forgiveness.  He looked rather pathetic as he knelt down to beg and paw at his angry wife.

Well, next Sue gave Ronald an ultimatum a divorce or he complies with her demands or she would blackmail him to all of his family and friends and go straight away to a lawyer.  Ronald loved his wife and didn’t want to lose the life he had with her.  Next, he was ordered to pull his pants down.  Swiftly, Sue took out the cock cage and strapped him tightly into the cage then locked the box.

A just punishment for a dirty cheater!

The torture was not over.  So many more things happened after that.  I would love to hear your experiences about chastity.  So, are you ready for the ultimate humiliation phone sex experience?