Castrate the Wimps, Ladies!  They Want You to Do It! ♕ 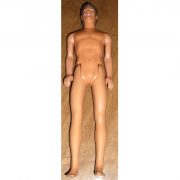 Castrate all ‘men’ with useless cocks.

Castrate them.  There, I said it.  It’s time to make the pecking order of society official with castrated beta males right on the bottom.  I mean, It’s not like those bitches are using those things.  They’re just hanging there impotently while its owner is hoping the girl he’s trying to talk to at the bar won’t laugh at his cock while simultaneously knowing that she will.  Think of the productivity when men like this stop deluding themselves and realize that there are better, more productive ways to spend their lives than failing at procreation.  Now, obviously, this isn’t going into practice officially, but there’s no reason the ladies at the bars who are constantly badgered can’t take matters into their own hands as I did.  Here’s a how-to for women who don’t want to deal with them anymore.

It takes a special kind of loser to have a cock worth cutting off.  That cock has to be especially useless and weak.  Don’t be fooled.  These pathetic cocks don’t exclusively come in small packages.  They’re the cocks that can’t hold their loads, too.  One stroke and they bust their nuts all over your hand, lips, or pussy.  Nothing is more disappointing than watching a man struggle and fail to hold his cum back.  Especially when what sets it off is as insignificant as a lap dance.  If the smallest amount of attention causes him to blow his load, he definitely can’t handle owning a cock.

Get him to admit it

These guys aren’t totally deluded.  If a beautiful woman says yes to them, they take it for the miracle that it is because secretly they know that they have no business even trying to get into her panties.  You’d be surprised how many of these chumps are willing to admit it.  A lot.   I’m convinced it’s instinct.  Self-preservation even.  You’ve got to play the game and look productive or else the tribe might have other ‘plans’ for you.  After all, if you can’t find a mate, being an Alpha’s cum-catching bitch is the next best thing.  Too bad I’m in the other camp.  The one with ‘plans’.

Give him one last hurrah.