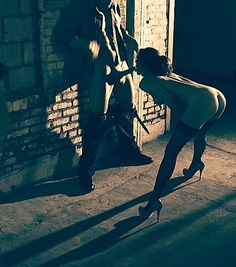 7 years ago
Big Black Cock,Fetish Phone Sex,Phone Sex Kingdom
I have two friends who go to college out of town, and usually, they go to spring break down in Florida, Daytona Beach or Panama City, but this year their funds were a little tight, so they decided to come home and spend some time around town for spring break. I get a call Friday evening around 3:30p or so, and it is Britney one of the girls, and she says surprise Carmen, Mckinsey and I decided to come home for spring break, and we are wondering if you want to go party with us tonight, and help us start our spring break right. She said, that a friend from school Carla did not have anywhere to go, so they invited her to come home with them for the week, and they really wanted to show her a good time.
Britney said I was one of the first friends they thought about, because they knew how I liked to party and get down, and once I got started, it was anything goes. I told Britney, that I have really cut back on the partying a lot since my boyfriend and I broke up. Things got out of hand one night at the club, when he invited a couple of his friends to go out with us, and as usual, once I started drinking, I got horny as hell, and Tony one of his friends started flirting with me, one thing led to another, and while Carlos my boyfriend, was shooting pool with Marcus his other friend, Tony asked me to step outside with him to smoke a joint.