Burst My Bladder For a Golden Shower! 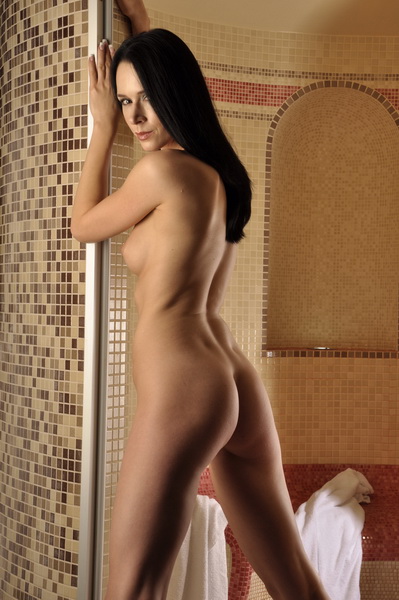 Now and again I’ll play with a kink that I usually overlook, mainly because it just doesn’t occur to me and not because I don’t like it.  The golden shower fetish is a great example of this.  I was chatting online with Mike, a guy I’ve known for a while. We meet every couple of months and have some fun together. He asked me if I was up for any desperation play and I said it depended on what he had in mind. He had a little scenario all planned out and I loved it.

He had everything set up in his bathroom by the time I got to his house.  All I had to do was get naked. He pulled out a pair of handcuffs and told me to stand by the tub. He snapped a handcuff around my wrist, looped the chain over the shower rod and snapped the other end around my free wrist. He put his hand on my stomach, just over the bladder, and asked, “Did you drink a full bottle of water before you left your house?  Like I asked you to?”

I told him that indeed I had and that my bladder was starting to feel full. He said “Not full enough.” He grabbed a bottle off the counter and held it up to my lips. He forced me to drink half of it; it was freezing cold and it hit my bladder in a sharp jolt. After a few minutes he made me drink the other half. It was difficult to drink it but I forced myself to. My bladder felt all stretched out and full as it throbbed. I tried to keep it all in but I leaked a bit and gasped.

He smiled and put his hand on my bladder, which was bulging out a bit. He told me I was doing a great job and that I just had to hold on for a little bit longer. I clenched my legs together and tried to take my mind off my desperate urge to pee. All I wanted to do was ram my hands into my pussy and clamp it shut.

He turned on the sink  and shower taps.  The sound of water was so loud in that tiny room. It drove me crazy and made me want to go even more. It became almost impossible to hold and my bladder tightened in waves. I wiggled around, the handcuffs scraping on the rod, as I did anything to take the pressure off. I felt a sharp cramp and pissed a bit but I was able to stop the flow. I told him I was getting close to losing it all.

He undid the handcuffs and I brought my arms down, moving them to get the feeling back. My bladder spasmed and I felt a bit of piss dribble down my inner thighs. “Hurry up!”  I told him and he laid down on the ground. I squatted over his face and relaxed my muscles. The piss hissed out of me in a hard, hot stream, most of it getting into his mouth. It felt so good to let go of all that water. I pissed for what seemed like ages, feeling myself get emptier as my stream slowed down. I clenched my muscles and squeezed the last few drops out then stood up.

He licked little specks of piss off his lips as I began to get dressed again. Before I walked out the door, I said, “I have Friday off at work so I’m going to sleep in late and when I do get up I’ll be bursting for a piss. You had better be home.”

You will love the taste of my piss as I pour golden showers on your face.