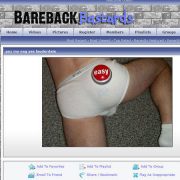 Your bug chasing fetish is extra forbidden, taboo-wise. Let’s talk about how sick you wish you were.

What does it mean to have a bug chasing fetish? Also known under the euphemistic name of “gift-giving,” “bug chasing” is a slang term usually used within gay communities (but not exclusively) to refer to a person who is actively seeking out HIV infection. It may sound “crazy,” but guess what? It exists in real life. I may advise someone IRL confiding their bug chasing kink to me to perhaps explore other “niche interests.” But guess what? I am THRILLED to indulge this unusual fantasy during our adult chat. No need to be shy with me about your secret totally fucked up sexual wishes. Don’t worry, I’m positive! Just kidding. But you will be by the end of our taboo phone sex call.

Freud and his successors have long discussed something called “the death drive.” The death drive is a way of thinking about a possible explanation for the human desire to repeat traumatic and or painful past events. Think about self-destructive behaviors, for example. If having a bug chasing fetish isn’t a self-destructive behavior (or fantasy), I don’t know what is!

But maybe your bug chasing fantasies spring from somewhere else entirely.

Sometimes people who have “no real problems” invent or create some to compensate for the lack of attention they feel they should be getting. Is this you? I won’t judge. I’ll indulge you, of course. But maybe your shocking (propriety-wise, but certainly not to me) jerkoff narratives aren’t some kind of sexual Munchausen’s. I very much look forward to hearing any explanation. In fact, I dare you to try and shock me.

I can understand the appeal of desiring a disease so frequently over-romanticized, as obviously political as AIDS. Some of my personal role models succumbed to this disease, which is far from having anything resembling a cure for those who move past the infection, the HIV stage. Cookie Mueller and David Wojnarowicz, for example. What person with a brain in their mind and a passionate, creative, incendiary fire burning deep in their heart wouldn’t aspire to be like such visionaries?

Maybe you don’t want the HIV, the “bug” in your real life. It’s likely that no one who develops full-blown AIDS really wants to suffer from such a painful, incurable illness. But this is the beauty of phone sex. Sometimes, a fantasy has you by the balls so much that you can’t stop being turned on by it. Even if you would never dare to do such things in your “real life,” you can feel safe having unsafe sex with me. Don’t forget to NOT bring a condom, ok slut? Call me. I’m ready to tell you how sick you REALLY are!