Brother and Sister Go Undercover(s) To Get To the Bottom of an Incest Cult: Part 1 ♕ 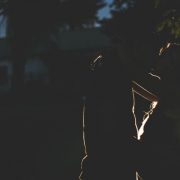 My brother, Doug, and I have been an inseparable brother-sister duo since birth. While other siblings fight, we have always adored one another. Doug and I have shared a dream since childhood: becoming CIA agents and bringing down the bad guy’s no one talks about. Our goal is not to be celebrated by the masses but to silently take out America’s sickest villains. It just so happened that we eventually got our chance to fulfill our calling. Not only could we help in an investigation, but only my brother and I were capable of this mission.

Welcome to The Family

This mission’s target was a dangerous group of individuals that were determined to wreak havoc within the legal system. This group had a strange policy that made it difficult to send agents in undercover: they only accepted couples that were also family. Brother-sister, father-daughter, mother-son, any combination of blood-related couples. The closer the relationship, the more respect you were given. This wasn’t your typical kissing-cousins type of incest. This was the real deal, and they took it very seriously. All members were required to take a blood test to confirm familial relations. This wasn’t something they took your word for. You had to take the test in front of a high-ranking cult member to ensure the correct DNA results.

My brother and I get the news.

Doug and I were top-ranking agents who had worked well together in the past, our close relationship allowing us to cooperate seamlessly. We truly were meant for this job. After pulling some strings, we managed to get an audience with the leaders of the cult. Shortly after that, we were indoctrinated into it. Even with all of the new cult rules we had to follow, we couldn’t forget our true objectives: being inside sources and staying one step ahead of their dastardly plans. To maintain our cover, Doug and I had to act the part. Being brother and sister wasn’t enough; we had to do everything in our power to convince these psychos that we were in love.

We told ourselves that this was for the good of humanity.

Committing to the roles we were required to fill seemed daunting, but the atrocities we would help prevent were much more important than our discomfort at each other’s touch. There was no time to practice; once we joined, we couldn’t drop the facade. Both Doug and I were surprised at how easy it was to keep up the act. As we settled into the cult’s everyday routine, we began to transcend the brother and sister relationship we had. He would rest his hands on my hips and pull me close in a casual show of intimacy. We used pet names like ‘baby’ and kissed on the lips. Those kisses became deeper and more passionate, so much so that it even surprised us sometimes.

There was a time a father and daughter couple became so overcome by lust that they dropped everything and fucked in plain view, the voyeuristic gazes of their fellows only increasing the heat of their passion. Following the lead of the more seasoned members, Doug and I watched. It was impossible not to get hot and bothered in front of such a sight. As I stood with my ass pressed against my brother, I felt him grow harder and hotter as the father got his cock sucked and cum swallowed. My nipples poked through the thin fabric of my shirt, and I could feel my pussy getting wet. It wasn’t only the sexual act that turned us on, but the incestuous nature of it. We could imagine that it was us, not a father-daughter duo, but a brother-sister pair intertwined in intense lovemaking.

This wasn’t just for show, either.

Those members of the cult with the highest clearance and access to the cult’s plans had to engage in these sexual acts, which meant… would Doug and I, a brother and sister couple, have to…?
Should Doug and I go all the way and fuck in front of others for the sake of our country?  Call my phone sex line and let me know.