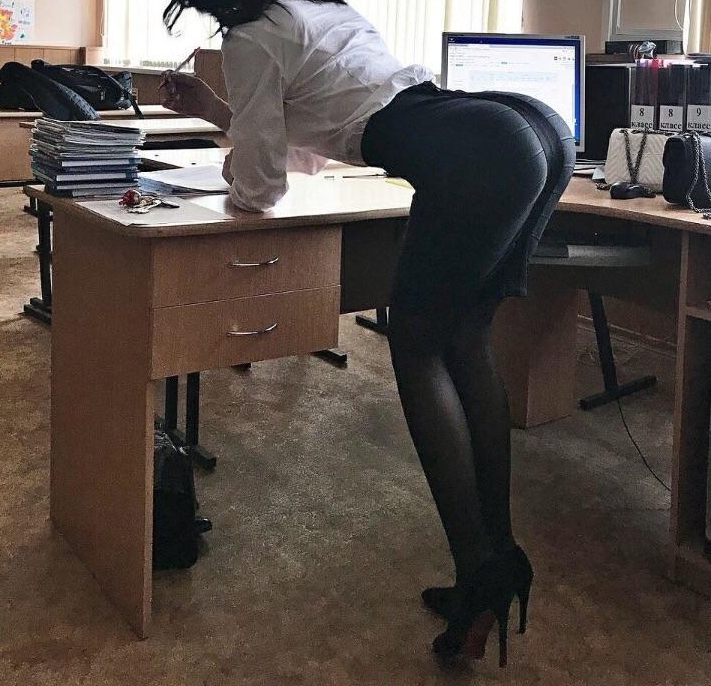 A blowjob under the desk sounds like every other guy’s dream, right? Whether you’re hard at work in a cubicle or kicking back in the corner office. Many a DJ, game streamer, and blue-collar worker have sat behind the desk daydreaming of one too. The gamer guy who got this little treat is currently my friends-with-benefits. I always knew he played video games, but I always dismissed it and never thought about it much. He was just a guy I liked to flirt with from time to time since I met him in high school. I love to be his little tease. He was one of the guys in the football team in high school and college, and few people from school knew he was a total nerd, always playing MMOs and whatever he could get into.

Sometimes he’d even come to class half-dazed from being up all night in a session. Honestly, I think half the time, he was high as well. I don’t know what drew me in. Maybe it was the fact that, even though he could have any girl he wanted, anytime one flirted with them, it went right over his head. It was a challenge. So, I wanted to toy with him and play with him. Sometimes I’d even drop little jokes about him getting a blowjob under the desk while he was gaming. I was playing the long game to get him all wrapped up around my finger.

It was a game of cat and mouse.

He quickly caught onto all my flirting, honestly. It wasn’t that hard to open his eyes to it. But, knowing how much he was into his games, I knew I had my limits, and I knew it’d be like hitting a wall if I tried to take a little more of his time or pull him away from his nightly schedule. Unless, of course, I put the two together. What guy would give up the chance to get a fuckbuddy and still keep up his work and game schedule? All I had to do was dangle the idea of a blowjob under the desk and a little teen phone sex. Without a doubt, he loved it; he even flashed a little grin when I joked about it one time while I was at his house.

So to start things off, I made my flirting a lot less subtle. I went hard at it. I sent little pics here and there to tease him and say hi whenever I could. Honestly, I always showed off a little more than I intended, especially with cleavage or booty mirror shots. I showed a little extra cleavage, a more flirty smile, anything I could sneak into the picture. One time I even sent one that had a little bit of a view over my shoulder to my luscious Latina ass. I even added a caption to it: imagine staring at this ass while I give you a blowjob under the desk.

He was instantly hooked.

And then, it just got progressively worse when we started trading pics. It turned into sexting, phone calls, and coming over to finally fuck him. But what really blew his mind was the morning after the first fuck. He let me stay over a little longer, but I knew he wanted to jump on the computer and start up the next work and gaming session. Honestly, I didn’t really want to leave. So I pulled together both things and decided to blow his mind that morning with a blowjob under the desk. Right as he was in the middle of the game, I sneaked up behind him, kissing his neck.

I ran my fingers through his hair gently, working my way down. Then, I slipped under the desk in front of him. When he realized what I was doing, his eyes almost popped out of his head. He rushed to mute the mic as fast as he could before he moaned. I still think the guys he was talking to might have heard something when he thought I was messing with him and asked me to stop..right before he realized what I was really up to. He loved it, even if it threw off his focus. The gamer guy does get the girl sometimes; this one even got a little teen cheerleader seduction if he picks the one that’s mischievous enough to take it as a challenge!