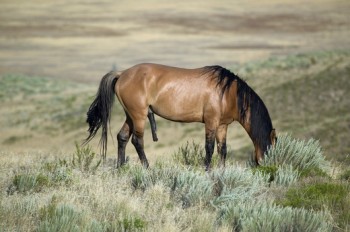 I love fantasy pony play, especially with my Big Boy Blaze, he’s a pussy magnet! Who is Blaze? He’s my big brown stallion that’s who he is. After all of these years, his big cock still gets hard when I walk into his stall as if I am his own personal mare. I know my pony loves his tight little pink pussy and nothing gets him going like the scent of my pussy juices. And every chance I get, I love to let my pony have his way with me.

Every chance I got I would visit Blaze and as the years went by I noticed that Blaze would get antsy every time I walked into his stall.

At first, I thought it was because he didn’t like me anymore, but Uncle George assured me that he did. As a matter of fact, Uncle George told me that Blaze gets antsy because he can smell the fact that was in season to put it politely. I was slightly curious about it, but at the time I just smiled, shrugged and
walked back up to the house.

The next day, I was prepared to go swimming and I was dressed in my favorite little purple bikini. As I was walking towards the pond, I could hear Blaze causing a ruckus in his stall. Naturally, I wanted to check on my pony, to be sure he was OK. Immediately when I entered his stall, Blaze began to calm down and walked right over to me. He started sniffing and nuzzling my face and then brushed that big ass head of his against my tits, all I could do was giggle. But then Blaze started to nuzzle my pussy. At first, I laughed and pushed his head away and told him to be a good boy….I guess he listened, just not the way I meant, at first.

Without hesitation Blaze forcefully pushed his head back towards my pussy and began to nibble at my bikini bottoms with his soft lips.

Right after my first orgasm, given to me by my trusted pussy magnet pony Blaze, the farmhand Johnny walked around the corner and caught me with my bikini bottoms on the ground and Blaze face deep inside of my little pussy. He must have heard my moans and came to investigate. As quickly as I could I tried to hide, as I was very embarrassed, but to no avail. Johnny had caught me red-handed and there was no denying what he had just walked in on.

In an effort to make light of it, I told Johnny that I was just curious and that Blaze was just sniffing my pussy, but he didn’t buy it. I didn’t know what to do at this point, but Johnny had a plan or two, little did I know. Johnny told me that he had no choice but to tell my Uncle George and as I begged him not to, I offered to suck his cock in order to prevent him from telling. Of course, he took me up on my offer and allowed me to pleasure him. There I was sitting on the bucket that just moments before I had a leg propped up on so that my horse could eat my pussy, sucking Johnny’s big hard cock.

Little did I know, Johnny’s plan was far from over.

He put his cock back into his pants, grabbed a workbench and pulled it over to the door of Blaze’s stall. He put a horse blanket down and told me to lie on the bench, with my pussy facing Blaze. It seemed as if Blaze and Johnny knew exactly what they were doing, because my pony walked right up beside me and just then, Johnny grabbed my pony’s huge fuck stick and inserted the head inside of my tight little pussy. Still wet from my two recent encounters, Blaze’s cock slid right in. Johnny made sure that only about 5 or 6 inches of Blaze were able to enter my pussy. OH, MY GOD, it felt so intense, it never hurt so good. I can’t wait to tell you what happened next with my pussy magnet!

2 Replies to “I Love Pony Play, Especially With My Big Boy Blaze! He’s a Pussy Magnet!*”