I Was Blackmailed But Enjoyed It 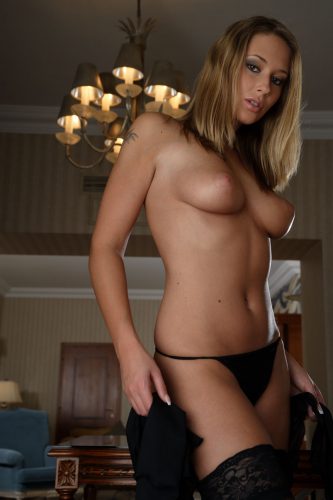 All I Had Was A One Night Stand And Now I Was Being Blackmailed!

I had a one night stand a few weeks ago. My boyfriend was out of town and I was feeling horny and lonely and went out to a bar. And let this good looking guy pick me up, we had some red hot sex. And I thought that was the end of it. But then I get this email with a nude pic of myself asleep. He was saying he wanted to meet again and relive the fun time we had. I emailed back and said no, I’m good, and by the way, not cool that you took that pic after I fell asleep. He said it would be in my best interest to meet him. What the fuck? I was being blackmailed by this guy since he had at least one pic of me that I knew of. So I agreed to meet.

He Showed Me Nude Pics He Had Of Me

This guy was sitting at the bar where we met a few weeks ago. And he was grinning, then he showed me some more pics of me. All nude, on his phone and said he wanted to meet on a regular basis. He said he knew my boyfriend . And he didn’t want to have to let him in on our evening a few weeks ago. I was pissed off to be sure. But I didn’t want to screw things up with my boyfriend. So I thought if I fucked this guy a couple more times he’d let it go. I asked how many pics he had and he said twenty. He said for every time I met him and fucked him, he’d delete one of them. So I’m being blackmailed, and he said in essence, yes, then he laughed.

I Had To Fuck Him