Blackmail Sex Stories: Two Girls and One Guy in Panties 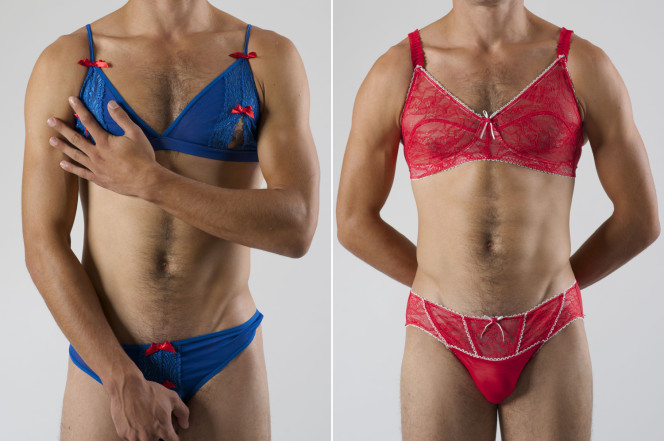 Sometimes it’s not about the money in blackmail sex stories.

Sometimes, in blackmail sex stories, it’s more about the fun we have along the way.

Last year, when selling my panties, one of my customers emailed me a picture of himself in them. Normally this wouldn’t be a problem, except I hadn’t sold to him in over a year; there was no reason for him to contact me out of the blue.  He didn’t just email me, too, but he emailed another girl. Turns out, she and I were in the same city, as was he.

It didn’t take long for her to call me.

“Elise,” I answered the phone.

“Elise! This is Kay,” came the voice. I frowned, trying to remember a Kay, when it hit me. “From the email, remember?”

“I remember,” I responded, laughing. “Didn’t Pete look cute in those panties?”

Kay assured me he did, and admitted, “That’s what I wanted to talk to you about. You know he’s loaded, right? Let’s get him to do a show for us… and then let’s blackmail him for more money.”

When I hear the word “blackmail”, I tend to think bad guys, injustices, or skeevy people. But Kay’s idea sounded fun. It’d be fun to tease the guy who sent us unsolicited panty pics.

The next day, Pete met both of us in a hotel room. We both had mace, just in case, but we also had about a dozen cameras ready to record his every move. Kay wanted blackmail material, but I also wanted a little fun, too.

After all, toys are for playing, aren’t they?

“So, Pete,” I began, my hand on Kay’s wrist to keep her from moving, “I believe you have something to show us?”

Pete’s hands trembled as he nodded, his eyes gazed on the floor. His trenchcoat swished against the hotel room floor.

“Then do it, bitch,” Kay snapped, and her eyes met mine in understanding. We were going to milk this blackmailing for all it was worth.

The trenchcoat fell to the ground, giving us not only silky panties but a matching bra, too. Kay laughed, and I smirked. “Sissy,” I told him, and stood up, making sure he could see my 6-inch heels as they slipped from the bed to the floor. “Dirty boys like you deserve punishment, don’t they?”

“Aw, Pete. If you don’t do what we say,” Kay warned, “We’ll go to the police about harassment. Unwanted panty photos?”

His face red in shame, Pete nodded and bent over the table, ass in the air. “Twenty smacks,” I told him, pulling down his silken panties to gain better access to his buttcheeks. “And then you’re doing to do anything else we tell you, you here?”

From the corner of my eye, Kay’s grin looked almost feral.

Then again, my grin probably looked about the same.

How can we have great blackmail sex stories between us if I have nothing to blackmail you with?

Call my phone sex line and be another toy for me!