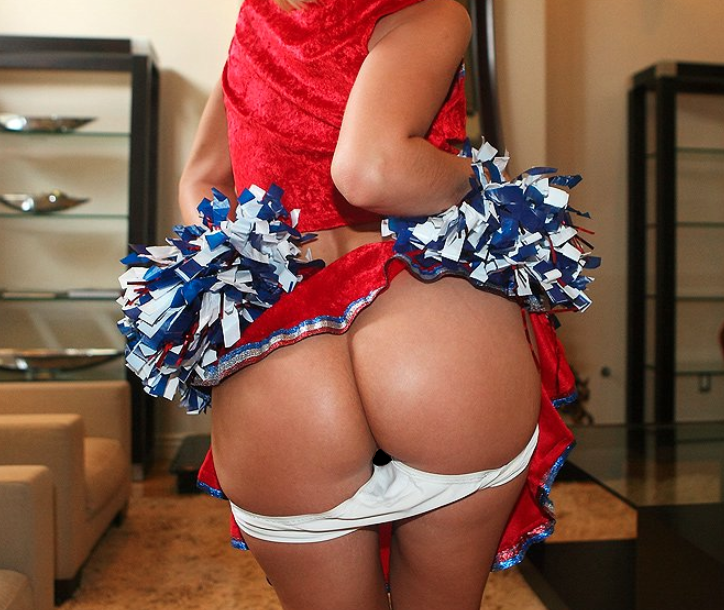 A bisexual cheerleader orgy for the ages! Don’t most boys daydream of an all-girl sex party from time to time? I have definitely heard the songs about things like that. Plus, all my guy friends go wild when they reveal their old fantasies about all-girl sleepovers and what they thought we did during them. Basically, it seems like all their daydreams of our sleepovers were basically painting them like a lingerie and sex toy party. Have you heard of those? The parties where only girls are allowed, so we wear our sexiest lingerie and have a girl’s right together. In other ones, it’s even a sex toy party, with someone trying to sell off all kinds of toys.

So, we brought our toys.

And we brought our sexy lingerie, too. We wore our sexiest little thongs and thigh highs under our cheerleading uniforms. One by one, we all strolled into the house we’d “borrowed” for the night. We borrowed a fraternity’s house since they would mostly be out for the weekend on a trip. However, some guys were left behind. They got the lucky end of the stick! They witnessed all our sexy bisexual cheerleader orgy antics. And on top of it, some of them even got to participate.  First, we laid out all the drinks and decorations for the party. Once the basic set-up was done, though, the real fun began. Our favorite little drug dealing cheerleader, Leila, brought her stash of X for all of us to enjoy.