Big Black Cock Debate: My friends and I talk about Black Cocks 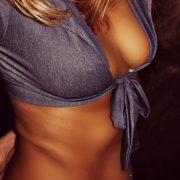 So when I was in college, my friends and I would sit around and evaluate guys we were sleeping with, and occasionally we got into a big black cock debate.

In particular, my friends Emma and Natalie would have a big black cock debate in front of me. Emma said there was no difference, and Natalie stated that yes, there was a huge difference (pun intended). But also, Natalie added, even if cock size is the same, the black guys always fucked better and harder than white ones do.

So of course, it was left to me to figure it out. Because I value empirical evidence, I decided to send out hits on Tinder. Guys would be just as likely to hook up there, and less likely to form any sort of dating romance, which is what I didn’t want. I wanted a messy hookup, not a messy relationship.

Arnold held himself steady as I led him back to my bed. He flashed me a cocky, cocky grin and clambered over me as I began to undress.

“Not even going to wait for me to undress?” I teased, and he laughed.

“Don’t need to, baby.” He began lifting up my shirt, letting it stop right above my breasts. Then, he giggled. Flat-out giggled.

This was not going well, in case you were wondering. He pinched a nipple of mine a little too hard, and I frowned. The best thing to do, I decided, was to pull him into a kiss to distract him. It worked well enough. Additionally, it distracted him enough that I could pull off his shirt and start unzipping his pants.

And as soon as his cock sprang free, he began rutting in my hands. He whined into my neck as he moved his hips forward, rubbing himself on my hands! I didn’t even have to move my hands!

Arnold made me pity all the white guys for this trial. I realized he was the problem with white guys, though not all white guys had his problem. He didn’t care about me– every action betrayed entitlement. Thus, to him, I’d just have a good time being in his proximity. And thus, my pleasure wasn’t even on his mind.

So at this point, I snapped. I flipped us over and I sat on his face. “You can have your dick back when you know what to do with it,” I told him. I snarled as he tried to reach for his dick, and wrangled his hands to the back of the bed.

Travis was a big step up. Immediately, he kissed me sensually, treating me like a queen. Additionally, before I even took off my clothes.  He was on his knees, ready to please me. He knew how to use his hands, and better yet, asked me what I liked. When I pulled down his pants, he joked that he was glad to finally meet me, and he’d give me a little handshake. I laughed, and he laughed right along with me.

When Travis pushed inside my pussy, not only was he big, but he checked on me the whole time. “You okay?” He asked, and only sped up when I told him I wanted to be fucked. Travis obliged; he absolutely wanted me to feel good. And because he was checking in, and big, he gave it to me thousands of times better than Arnold did. He hit all my spots nice and deep, hard, just how I liked it.

So I went back to Emma and Natalie and gave them my impressions for the big black cock debate. The white guy was a bust. The black guy was the best. I couldn’t argue there. Emma demanded we do more testing- and so each of us set out to compare notes, and get more samples.

What do you guys think of our big black cock debate? Hit me up for some phone sex chat!!