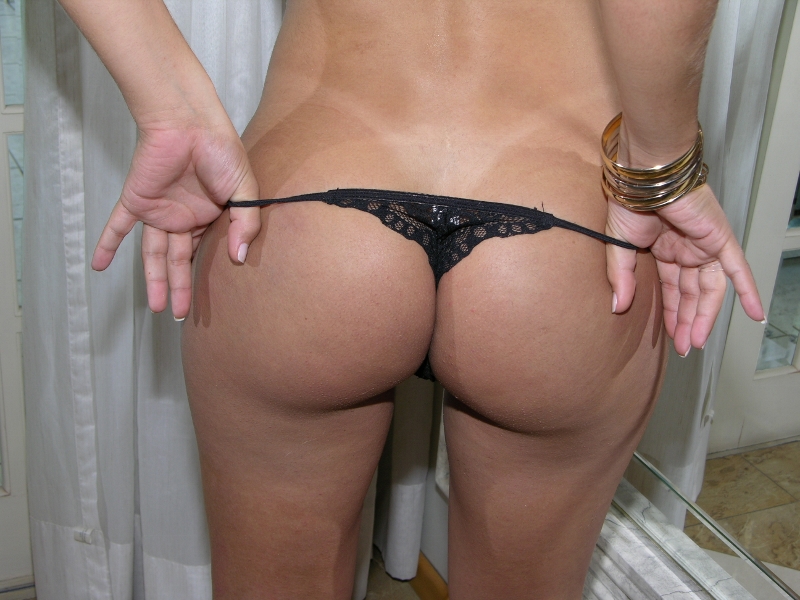 When you dress like I do, you get a lot of attention. I always try to dress sexily, and make the most of what the doctor gave me! I like to be well turned out and I believe all women should make an effort to be beautiful and alluring. My neighbor always watches me. He’s older but seriously sexy, and I’ve always liked mature guys. When I see his blinds move, I try my best to find a reason to bend down and show my g-string’ed ass, or I push my tits together, catch his eye and wink seductively. I don’t think he is quite sure about me, but he likes to look.

One night a couple of weeks ago I bumped into him after another neighbor’s party in the parking lot. He introduced himself, and I could tell right then that something was going to happen between us. He asked if I’d like to sit in his car and smoke a blunt with him, and I’m a sucker for Mary Jane so of course, I agreed.

We sat and smoked in his huge truck behind his heavily tinted windows, and as we smoke boxed the cab we chatted, becoming more relaxed as the weed took effect.

He leaned over and placed his hand on my leg and when he looked in my eye I could see he wanted to rip my clothes off right then and there. He told me I was beautiful and I thought about it for a moment before deciding I better come clean before we got any further. (He’s my neighbor and even for me that’s too close to home, I’m not one to shit on my own doorstep haha!)  I looked into his eyes and said I had a secret that he should know. “If you’re about to tell me you were born a guy then don’t bother, I already know.”

My heart skipped a bit and I was confused when he told me we actually had a mutual friend from back in Fresno I had no idea about! He pushed his hand further up my thigh to where my cock was straining against the tape I had it strapped with and the fabric of my tight white panties.

He leaned in to kiss me and shoved his tongue in my mouth.

I immediately began fumbling with his belt and zipper, trying to pry his cock from his pants prison as quickly as possible. He was grabbing my panties and ripping them down, his other hand snatching at the material of my blouse, exposing my tits.

We rolled around all over the cab of the truck, finally ending up in an impromptu 69, my cock deeper in his throat than I think I’ve ever felt in my life. He was so good at swallowing my dick all the way to the balls and he had me moaning and shaking trying to concentrate on sucking his thickly veined schlong with little success. He flipped me over roughly and pinned me face down into the seat, he came behind and I felt his tip nudging at my boi pussy entrance, before pushing inside and forcing its way deep into me.

I gasped with the first thrust and reached between my legs to jerk my cock as he pumped in and out of me, every inch of his throbbing cock from the base to the tip.

He got faster and faster and I jacked myself off frantically, I could feel an orgasm starting in the depths of my balls, and as he pumped me full of his seed I came and sprayed a massive hot load all over his leather seat and the tops of my thighs, and he collapsed his weight on top of me as we both struggled to catch our breath.

I’m not really a cuddler and I’m definitely more of the ‘hit it and quit it’ mindset so I threw my clothes on, smiled and jumped out, leaving him a little dazed and definitely mind-blown!

Now he is coming outside of his house daily trying to catch me and talk to me more, and he is definitely very cute in a strange kind of way. He asked me for dinner and usually, I would say no but I think I am going to accept. If only for the fact that I know he’s married and I can fuck with him some. I think I’ll wear a very low cut black dress with stockings, and my 6″ black killer heels.

I never usually fuck with neighbors but this might just be too much fun to pass up!