Caught MY BFF With the Athletic History Professor 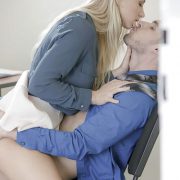 I Fucked My Athletic History Professor, But I Wasn’t the Only Girl!

So what, I fucked my athletic history professor. I do not regret a moment of what took place so long ago.

Well, I think it’s safe to say there have been countless acts of teachers and their pupils engaging in some after academic lessons. Even my husband told me about having the hots for his pretty teacher. She was Asian and Spanish and he thought of her so often.

There were so many stories he told me about the place he learned, but I will save those asian sex stories for another time. Oh, those memories still make me smile thinking of all the things that happened in general.

I’ll never forget the day so long ago when I first met my adorable athletic history professor.

Somehow in my mind, I thought I had taken all of the necessary courses to graduate.  However, I was wrong.

Trust me, I went into the first day of class with my doubts. I was going to sit in the back of the class so that the professor would not see me. At first sight, I couldn’t stop looking at him. Was it his gorgeous eyes, his muscular build, or just his voice that both took my breath away and made me tingle in my panties just a bit.

Hence, I grit my teeth to work hard. To be honest, I think I wanted him to notice me.  After the class, I talked with my athletic history professor and confessed that I struggled in history. I’ll never forget he stayed with me an extra hour and explained the lesson and answered all of my questions.

I was so thrilled when he started working with me more.

I would say that I started doing so much better after he started working with me. It could be that he gave me the motivation to work harder for him. One day in passing, he mentioned he had to cut the lesson short because he had a date with his girlfriend. That answered my burning question I had been holding inside for quite a while.

One day I went to his office to ask him a question about the upcoming test. When I looked through his window in the office door, I saw my BFF Sandy fucking the athletic history professor. I couldn’t believe it. He had his back to me and right there, I saw Sandy on the desk with her legs wide opened as he fucked her hard.

I was so mad, to say the least. Quickly I grabbed my phone and snapped some quick pictures and fled from the building, tears blinding my vision. How could he do this to me?  Okay, so he wasn’t mine, but I sure wish he was.

The next day I asked for some help on the test.

I knew what was coming next. He told me he had a date with his girlfriend. At first, I begged for just a little help, but he started to get up from his desk to leave. Quickly I grabbed my phone and told him he might want to cancel the date or I would make sure he never had another one with her or anyone.

His face turned sheet white when he saw the photos. Now I had the power to control him. Did I feel bad? Just a little.

It was finally time.

Shaking, he asked me what I wanted. I stepped up to him and gently kissed him. There was a great starting point. Kisses turned to touching and slow undressing of both of our clothes.

At last, I was the one in the driver’s seat. I made him lie on his desk and mounted his stiff dick. I teased him with my mouth then hungrily took him deep inside of my wet depth.  Oh, it felt so good to be riding him up and down and getting what I had been craving for so long.

He was a bad boy so I made him wait for a while before I gave him what he wanted.  Sometimes waiting is far better.

Do you have any burning stories that you would like to tell me? I’m here and ready to indulge you in your naughtiest taboo phone sex desires.