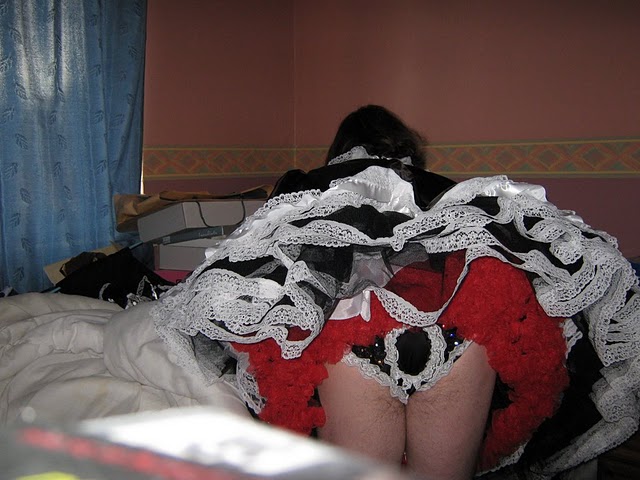 He arrived promptly at 7 that night.  I had this slinky little black dress on, all curve-hugging and leaving very little to the imagination. I swear, I think he almost embarrassed himself right there at the door!  He recovered semi-quickly, though the bulge in his pants never deterred from its original reaction.

Dinner was a succulent duck with all the trimmings. Dessert was going to be me.

In order for my plan to work, I needed to hook him hard and hook him fast. I made no qualms about me wanting to fuck him, and he was ever the preverbal eager beaver.  The sex was hot, primal, no-holds-barred, and very intense. I think I took him by surprise with how free of inhibitions I was, and how responsive I was to him… well, under my tutelage that is. Actually, he took direction very well – adding pressure when I told him; moving his hips in new ways with my suggestions; licking where he had never gone before (seriously, doesn’t every guy know that the ass is extremely sensitive?).

I was opening up his whole repertoire of moves and skills to so many possibilities, not to mention positions.

Now I’m not saying Steven was a slouch – not by any means. The guy was gorgeous after all, and had a well-toned and filled out physique.  I just needed to push the envelope with him, and see his reaction and attitude towards being instructed; to see how pliable and flexible he was to my ideas.  Steve passed every “test” I threw him with flying colors – excellent.

Things just progressed from there; Steve and I were fucking daily, christening all the surfaces of my place, playing at all sorts of debaucheries. I introduced him to the wonderful world of panty wearing after he had found himself sliding his fingers over my panty-clad backside in these slow, circular caresses – it was almost methodical, the way he was losing himself to the tactile sensations.

Far be it from me to not take advantage of a situation. So I had prodded him by saying that if he thought they were soft from the outside. He should see how they feel from the inside.  Of course, he gave me the usual macho reactions – that he doesn’t wear panties. That panties were for girls and he was no fag, etc.  All it took was me saying how hot I thought would be if he wore my panties (of course this was said with soft strokes over his cock and balls, and a few choice placements of nibbling lips), for him to acquiesce. And what do ya know – he took to wear my panties like a duck to water.  Seems I was not just creating a sissy maid slut, but I was awakening his inner femdom fetish.

A couple days later I had taken him panty shopping.

He feigned disinterest, but I saw his eyes dilate when he saw all the different ones I was choosing, including matching sets.  God, I thought to myself, I think I’ve created a panty whore, lol. With a little bit of prodding and a whole lot of ego stroking, he wore each and every pair enthusiastically.

Jonesing for a bit of sissy phone sex for yourself? All you have to do is dial my phone sex number and you can be immersed in my wonderful world of feminine domination as well!!