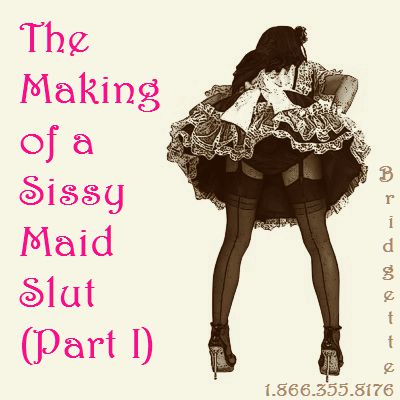 In either case, at the time Steven lived down the block from me. I’d see him nearly every day, walking his German Shepard Fritz, and he always stopped in front of my house with one excuse or another. Oh, I knew he wanted me – every time we’d chat, I could see his eyes roaming over me, undressing me, and even licking his lips.

He always gave off this vibe that he would do anything to get inside my panties. Kind of desperate, and I gotta say, more than just a bit pathetic.  I mean, a real man would just take what he wanted, but not Steve. no, he just sort of circled around the subject but never took the steps to close the deal.  It started me thinking – what would he do to have me? To keep me? How far could I push him?  To what depth of depravity was he willing to subject himself?  Oh, the wheels they were a-turning.

If he had only known what I had in store for him, to turn him into a sissy maid slut, he might not have been so eager to accept my offer.