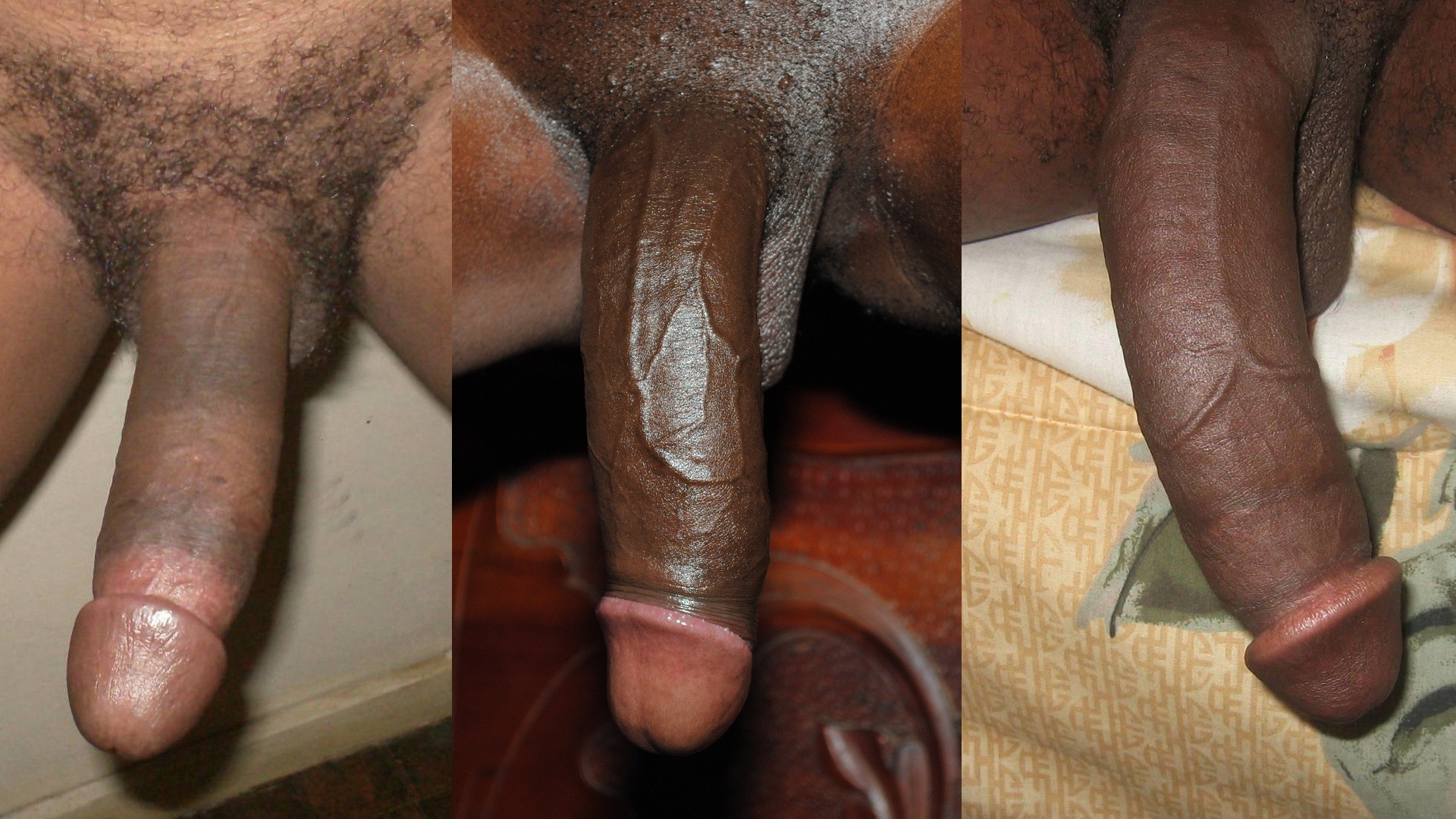 Tyrone and I would be fucking and I swore up and down Tim was outside listening, I could hear him slapping his cock outside the bedroom door.  Tyrone would tell me I was crazy and I guess Tim would hide because when Tyrone would open the door, no one would be there.  As soon as Tyrone and I would start fucking again, Tim would come to listen at the door and rub his little cock again.

After being with Tyrone awhile I noticed that he ordered little Tim around all the time.

After a night of partying, Tyrone and I went back to his place and I found out just what Tim’s obsession with Tyrone was.  The night was amazing and I was more than ready to take every inch of Tyrone’s  Big Black Cock!!  But this night was different, Tyrone and I sat in the living-room and he began kissing my neck and working his way down my chest.  I stopped him because I felt Tim’s staring at us, it was awkward and made me nervous. Tyrone, on the other hand,  couldn’t keep his hands off me, and the harder Tim stared at us, the hotter Tyrone seemed to get!  I couldn’t get Tyrone to stop, and I couldn’t get Tim to stop staring, so I started yelling at Tim

“You little low-life fucking pervert, you have your own fucking room, why are you  sitting there, knowing damn well, I’m trying to get his dick wet?”

Tim still sat silently staring while Tyrone was moving his hands under my dress.

I yelled at Tim again, “Get Out you disgusting little bitch creep!”

I looked at Tyrone and Tim’s excitement as I stood up and pulled my dress straps down my arms and slipped my black dress down my body.  My skin was hot as I felt both of their eyes on me, the tension was thick in the air as they realized what I was going to let them do.

Tyrone looked at Tim and said, “Isn’t she beautiful, little dick?  Don’t you wish you could have a fine bitch like this to bounce her ass on your cock?”

To my surprise, Tim spoke, “Yes Daddy, I wish I could please a woman with my little cock.”

Tyrone told him to “Take your cheap ass outfit off, sit the fuck down, and watch what a real cock looks like in a pussy, little boy.”

When Tim took his clothes off – I couldn’t help but laugh.  His dick really was so small.  I’ve never seen such a tiny dick.

The louder I cackled, the harder Tim’s little cock got, Tyrone had locked eyes with Tim as he was rubbing his hands on my ass, taking in all the pleasure he was getting ready to have.

“Yes Sir,” Tim said as he opened his mouth wide

“Better yet, come and see what  real cock tastes like in a pussy, lick that shit up, pussy!”  Tyrone barked at Tim.

Noticing I was loving their little setup, Tyrone began pumping his huge cock into my pretty, pink, pussy harder and harder until he finally came.

“No Daddy, my little dick has never made a pussy look that sexy.  You taste so good, thank you Daddy.”  Tim eagerly replied