All You Can Eat at the Pussy Palace. No One is Turned Away! 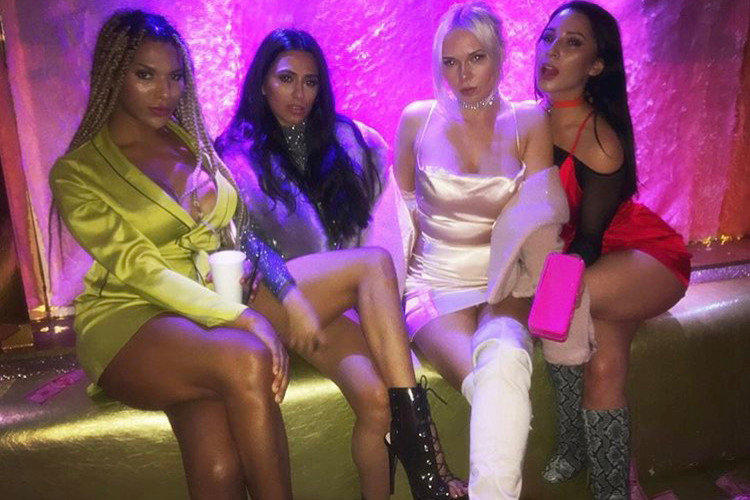 All You Can Eat at the Pussy Palace. No One is Turned Away!

All You Can Eat at the Pussy Palace became my mantra! First of all, living in a sorority house for 4 years has given me a wealth of blog material, and I’m going to share one of the hottest nights of my life with you. It started after a night of Scotch and cannabis, and us girls playing truth or dare. That, and kinky public sex. The stuck-up bitch who ran the place, Marcen, claimed her boyfriend was the best pussy eater on campus. As the only Freshman there, I kept my mouth shut & agreed with her.

She Never Heard of FUN!

“My baby could make every one of you cream with just his tongue in less than an hour,” I said. It’s all you can eat! 6-heads turned my way with varying looks of skepticism, and Marcen burst out laughing. “This is why freshman chicks should be seen and not heard, Josie-Jo. So they don’t make fools of themselves!” Have I ever told you how much I hate being called Josie-Jo???

Even then, I had a rep for being strictly dickly; frustrating several of my sorority sisters who wanted to get between my legs to feast at my honey pot. “I’ll make you a deal. If my man doesn’t make the 6 of you squirt in under 15 minutes each, I’ll be the house sex slave for a month. But if he does, I get Marcen’s title and her room for the rest of the year.” As head of the house, she got the only room with its own bathroom. If you’ve ever shared a bathroom with a woman, you’ll understand why I wanted that bedroom.

Is It Really What You Eat?

Heads turned to her and I swear I saw her gulp and go pale seeing all you can eat. She was “top bitch” at the all-you-can-eat dorm, and if she lost that, she’d probably be working a glory hole within a week. She was drunk and stupid enough to agree. So, after setting the rules and time, the bet was on! So it was, that the very next night, my lover showed up ready to do battle for my honor. What none of them realized was I’d promised him my asshole if we won. That was enough motivation for him. That, and lots of phone sex.

As the girls took off their panties they lined up next to the couch. He was on his knees in front of the couch. Danielle, my only real friend in the house, agreed to keep time for the other 5 and I would keep time for her. Marcen insisted on going last, figuring even if he succeeded with the 1st 5, she could stop him. Oh, how wrong she was.

Get Some at the All You Can Eat Place!

First up was a bookworm, and the poor dear didn’t last 5 minutes. Then, the hippie, who barely lasted as long. When it was Breanna’s turn I got a little nervous, she was the starting center on the basketball team and a butch. At 10 minutes in she was just starting to moan, but at 13 minutes, with ear-shattering screams of “OH-FUCK-OH-FUCK-OH-FUCK!”, she fainted. Then, the lesbian was placed in front of my Baby. Within 8 minutes she squirt over his face and was thinking of becoming bisexual. That left only Danielle and Marcen. First up, was Danielle. She quickly squirts and gave me a wink. That’s when Marcen’s evil genius came in. What I didn’t know was she’d stopped wiping! Bitch! Her smell made us step back.

This Place is on Fire!