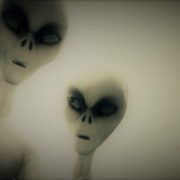 Alien Sex Dream: I Thought It Was Real But It Was A Dream!

Alien sex dream that felt so real but it was only a dream. I couldn’t believe it and I just couldn’t help but get super turned on. And I had no idea that aliens would turn me on so much. It was absolutely insane!

It was a work night so I went to bed pretty early. Texted my boyfriend goodnight at about 9:30 PM and then snuggled up in bed for the night. I tossed and turned and finally was able to fall asleep a little while later. Then I heard a weird beeping sound and some chirping right in my ear.

I opened my eyes and that’s when I saw a bright light flash in front of me. I screamed and tried to sit up but couldn’t move at all. It’s as if I were glued to my bed. Then my screams turned into silence.

I was still screaming but I couldn’t hear them anymore. It scared the absolute shit out of me. Then I blinked and I was in a white room with a bright light up above me. And I heard faint beeping and mumbling like someone was talking but I couldn’t understand a single word they were saying.

Still trying to sit up… I feel something touch my tummy.

It was cold as ice and kind of clammy and sticky. Then at the corner of my eye, I see something come into view. This… thing… was grey with HUGE black eyes and a very tiny mouth. I tried to scream and nothing came out.

The creature then tilted it’s head at me and said something in another language that sounded a little like The Sims. Then I was calm. It’s as if I understood the being. I spoke to it but still, no noise was coming from my mouth.

The creature motioned over me as if it were unzipping something and I was able to make noise again. I said to it “Please, I don’t know what you want from me.” The creature patted my tummy and said something again and I understood it. It said “We aren’t going to harm you. We just want to observe you.”

And I was not panicking at all. I felt oddly calm and didn’t understand why but I had heard of people getting abducted before and feeling a sense of calmness come over them after a while. Then I feel my legs being spread apart. What the fuck was going on?

I could finally move my head and looked down.

There, between my legs, was another being just gazing at my pussy as if it were magic. I spoke and said “That is my vagina. We also call it a pussy.” The creature looked delighted to hear me say that and started to spread my pussy lips with its fingers.

Then it began playing with my clit and making sounds that sounded like giggling. It kept playing with it and I could feel myself getting wet. It discovered that and leaned in closer and touched my pussy juice. Then it stuck its finger to its lips and licked it.

It made an “Mmmm,” sound. And had the other creature come and taste me. They both looked at each other and nodded. One spoke to me and said in its language, “We will now perform an experiment on you. We will stick a part of our body in yours.”

I could see that one of them was a male creature. Because it had a LONG and THICK cock-type-thing between its legs. The table I was on was tilted down a little more and the male creature’s cock grew big and hard. It then grabbed its cock and pushed it into my pussy.

The other came up to my tits and started squeezing and poking them.

And then I closed my eyes… and woke up in my bed. I was completely naked and my blanket wasn’t on me. I look down and my sheets were COVERED in a white, sticky mess.

Could it have been an alien sex dream? Or was it my reality? Maybe it was just another of my fantasy sex stories… who knows!

Ready for some good, ol’ fashioned phone sex? Give me a call!