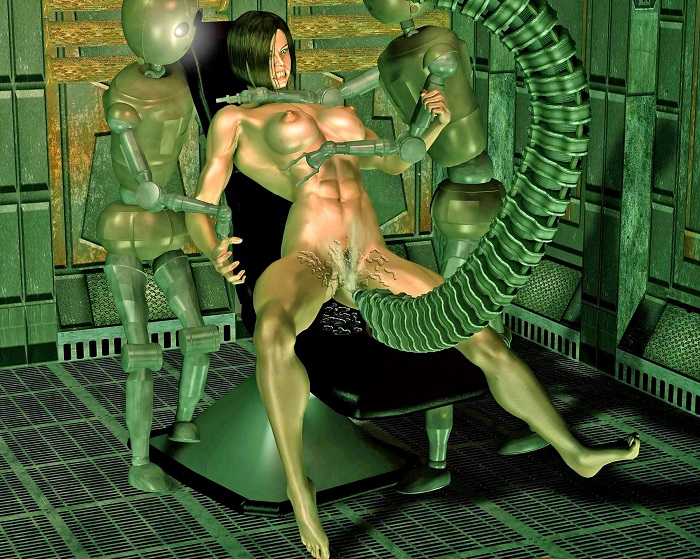 Alien abduction intercourse isn’t something you’d call normal, by any means. But, it is something that’s being talked about more these days. So, let me tell you about what happened to me. Everyone who knows me knows that I don’t spend a lot of time sleeping, and when I finally pass out, I’m nearly in a coma state. Even still, I am the lightest sleeper on the planet.

Rarely, if ever, do I fall so asleep that I’m unaware of my surroundings. So, when I heard an odd sound coming from within my bedroom, my mind went on high-alert. Because I’m always hovering on the edge of sleep, I was more alert than most, but I didn’t open my eyes. Oh, no! I’ve watched WAY TOO MANY horror movies to let whoever, whatever it was know I was awake.

Intercourse was the LAST Thing on My Mind!

However, in that split second, I only saw it as it rushed upon me, taking me over. Then, it was lights OUT for me! I woke, floating in mid-air with my arms and legs spread eagle in some sort of exam room! “What the FUCK?”, I thought, without uttering a sound. I felt light-headed, almost drugged, but I was aware.

When I opened my eyes again, I was on a clinical table that was icy cold steel with some sort of microfiber on it. It wasn’t doing its job if it was to keep me warm! I felt my teeth chattering and I’d lost the feeling in my fingertips and toes. THAT was about to change! As I’d feared, it was going to be Alien abduction intercourse.

Right there in front of… who? I could feel it right in front of me, even though, I couldn’t see them. Was this some sort of Phone Sex fantasy and I just thought I was awake? Suddenly, my eyes began to focus as the being materialized and stood before me naked. I was naked and stretched out ready to be served. It’s still not clear if it was male, or female, or both! It had tits, and a cock, and a dripping wet pussy all at once.

Its long, slippery, and cold fingers slid along my feet, then thighs, and all the way up to my pussy, which by now, was doing some serious dripping! I felt a finger enter me and I moaned again: my pussy lips tugging it in further. It let out a high-pitch squeal of some sort and in that instance, more of them materialized. Each had hard cocks standing straight at attention and aimed at me.

Now, most women would be panic-stricken by alien abduction intercourse, but not me! Those in the know, know that I just ADORE a good bang-bang. So, I gave as good as I got! I was gonna show these bitches what HUMANS can do! There was that damned scream again! Suddenly, I managed to break free of the bonds they had on me, and I proceeded to man-rape them all, one-by-one until they dropped to the floor.

I found those fuckers and dispatched with them in turn, then managed to figure out their de-materializer and beamed myself back into my bed. So, when I opened my eyes and found myself alone in my room, I wondered what would happen next. I didn’t have to wait long to find out! I have regular visitors to my bed. Turns out it’s WAYYYY comfier than that spaceship!

Ever wonder what it would be like to be TAKEN by an alien and forced into Alien Abduction Intercourse against your will? Call me!