A Pedicure and a Pervert 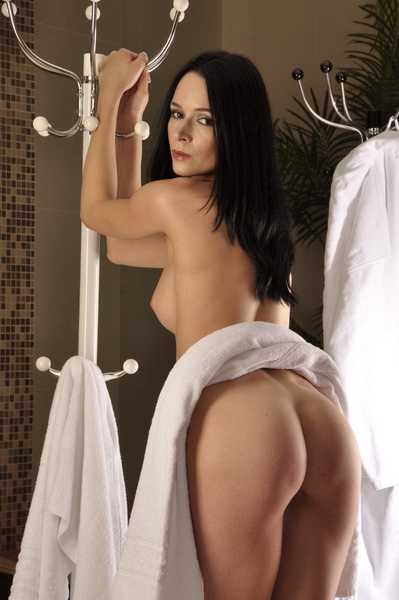 When I was fourteen, my newly divorced mother started to date a lot of different men.  I didn’t mind because that meant she was out late at night and I was able to stay up late, sneak a joint or have friends over while she was out whoring around.  She started dating a guy named Mel and she thought things were going to get serious between them.  Mel was okay.  But he turned out to be a pervert. He was an older guy, about 50 years old.  He drove a truck for a living and was a bit gruff but he was pretty nice to my brothers and me.   Mom really liked him and used to invite him over for dinner so frequently that I started to get used to having him around.

On Friday nights, he’d come over, usually with a couple of pizzas, a twelve pack of beer and a DVD.  After chowing down on pizza, we’d all sit around the family room watching whatever movie he brought while he and Mom drank beer.

One Friday night, on a hot summer day, he brought over a movie that was R rated and a bit racy.  It involved a young male teacher being seduced by one of his students.   It was interesting at first but soon, I got bored and started to flip through a magazine while Mom and Mel watched the movie.    I was wearing my baggy gym shorts that night and a tank top.   Usually Mom would tell me to cover up when Mel came over but he came over so often that she didn’t think of it any more.

During the movie, Mom got a phone call and told Mel to pause the movie while she spoke with her sister.  Mel groaned.  “It’s just getting good!  How long are you going to be?”  he asked.

“Fifteen minutes.  Tops.”  Mom said as she left the room with her phone.

I smiled at Mel.  “If she’s talking to my aunt, it will be a MINIMUM of fifteen minutes.”  I said.

Mel sighed and said, “Well, I guess I got no choice, right?”  He took a swig of beer and leaned back in his chair, closing his eyes.  I got up and went into my bedroom to get my nail polish and grabbed a diet soda from the fridge on the way back.  I plopped myself down on the couch and got ready to touch up my toenails.  Mel was busy flipping through a magazine and wasn’t paying any attention to me.  I sat sideways on the couch, with one foot on the floor and the other on the couch.  I leaned forward and started to carefully paint my toenails.  I wasn’t very good at it and it usually took much longer than it should.  As I was on my middle toe, I started getting the feeling I was being stared at.  I glanced up just in time to see Mel glance away. He HAD been staring at me.  I didn’t think much of it and went back to my nails.

That’s when I noticed that Mel’s breathing was different.  He was now sitting with the magazine partially covering his face but when I glanced up, I saw that he was sneakily peering over the top of the magazine, watching me.  I didn’t understand why he was being so secretive about watching me but then I realized why.

My legs were open wide in the position I was sitting in, I wasn’t wearing panties under my baggy shorts and currently, I was giving lucky Mel a fantastic look at about half of my pussy.  I tried not to smile and just kept on painting the same toenail, pretending to be oblivious.

I slowly shifted one of my legs so that they were now spread even wider and felt my shorts flap open a little more.  I was sure that now he was staring right at my very exposed pussy.  I didn’t mind.  In fact, I liked it.  His breathing got very shallow and I was afraid he was going to start hyperventilating.   He even groaned a little and I kept up the little show, painting the same toenails over and over and bouncing my leg a little so that my pussy lips opened and closed for Mel.

My Mom burst into the family room again, announcing that she was all done with her call and Mel could resume the movie.  I quickly brought my legs together but kept working on my toenails as if nothing happened.

“What’s wrong?  Are you feeling okay?” she asked him.  “You look a bit flushed.”

“I think the pizza upset my stomach a little.”  he stood up, crouched over just a little (to hide his boner, I guessed) and kind of limped out of the room. “I have to use the bathroom.  I might be a while.  Go ahead and play the movie, I’ll be back later.”