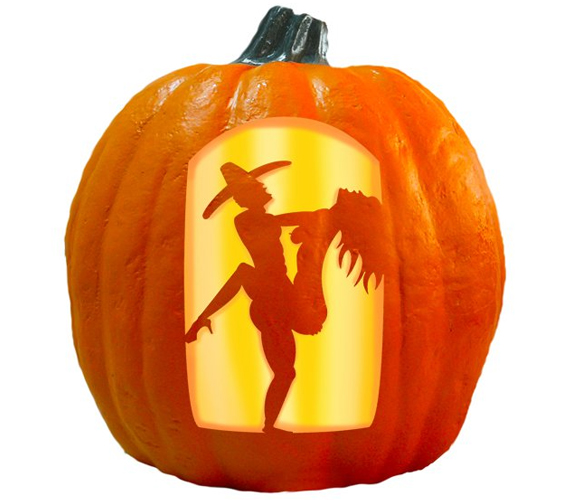 My new boyfriend, Dennis called me on Halloween morning and asked me what my plans were for that night.  I told him that I hadn’t made any plans, really.  There were a few parties I was considering and I don’t get very many children trick or treating in my neighborhood.

“I might just stay in and scare myself with some horror movies.”  I said.

“No, of course I don’t mind. I was hoping you’d want to come over and hang out with me tonight.”  We were in the beginning of our relationship so I wasn’t in the demanding stage just yet.

At about 7:30 on Halloween night, I poured myself a vodka and coke and turned on my TV.  There was no shortage of horror movies on, so I flipped the channels around, trying to decide what to watch until Dennis showed up.

I heard a knock on my front door and standing there was a man, dressed all in black, a black cloak around his body and wearing a hideous and grotesque mask.  He opened his arms, as if asking for a hug.

“Dennis… that’s a really scary mask.” I chuckled.  He didn’t respond, just stood there under my porch light, with his arms outstretched.  I stepped out and hugged him but he didn’t hug me back, he kept his arms out and I heard his deep breaths under his mask.  I stood there awkwardly, not really knowing what to do.  I had mentioned to Dennis before that I really loved being scared on Halloween, so maybe this was his way of making the night more fun for me.

I took his hand and led him inside.  He stood in the middle of my living room as I sat down on the couch.  “Sit down, Dennis.  I was just about to watch “The Shining”.  For the 10th time.” I laughed but he didn’t move.  He didn’t speak or move, just stood there breathing deeply.

“Do you want a drink?” I asked.  No response.  “Okay, well, I’m going to get a refill.”  I felt odd, as if I was talking to myself and I heard the change in my voice.  I was starting to get nervous and uncomfortable.  Maybe I should just pull the mask off his face and make him stop.  But at the same time, I was enjoying it a little.  It felt as if I was in my own horror movie.  I decided I’d let him have his fun scaring me.  What’s the harm?  We’d laugh about it later.

I walked back into the living room with my fresh drink.  Dennis hadn’t moved.  I sat down and looked at him, not knowing what to say next.

“Have you watched “The Shining” before?”  I asked.  No answer.

“Do you want to fuck?”  I asked.  Now his head moved slightly and he spread his arms out again like he did outside.  I laughed, now starting to calm down.  This was going to be okay, I thought.  I led him to my bedroom and undressed.  He stood there, silently watching me.

“Want to…get in bed?” I asked awkwardly, pointing to the bed.  He didn’t respond.  I guess I’d have to get creative.  I lifted his cloak and unzipped his pants.  I pulled his dick out and stroked it.  He was already hard.  His breathing got heavier under his mask.  I turned away from him, facing away and bent over, still holding his cock in one hand.  I guided it inside my pussy and backed into it slowly.  I was still for a second, thinking he would now start to pump his cock into me but he didn’t move.  I guess I was going to do all the work, I thought.  I started to move back and forth against him as he stood still, grinding and moving my hips around in circles.   He never moved or touched me.  I felt as if I was essentially using his dick as a toy, just masturbating on it.  I looked back at him, staring at the hideous mask as I rode his cock.  After a few minutes, I orgasmed, loudly and stepped away, causing his dick to pop out of my pussy.

“That was different.”  I said, panting and facing him.  His breathing was still heavy and he stood there, still not moving or speaking.  I looked around the room and found my bathrobe.  I slipped it on, watching him.  “Okay… I’m going to go get a drink of water.  I’ll be right back.”   I waited for a response and wasn’t surprised when I didn’t get one.  I shrugged my shoulders and walked into the kitchen.  “This is getting annoying now, besides being creepy.” I thought.

On my way back to the bedroom with my glass of water, I heard another knock on my front door.  Maybe some trick or treaters.  I had a few candy bars by the door just in case.  I opened the front door and when I saw who was standing there, my blood turned cold.

“Hey babe.” Dennis smiled at me from the front porch.  When he saw my expression, he frowned.  “What’s the matter?  Are you okay?  Sabrina! Sabrina!   Say something.  What’s wrong???”