Home Intruder Gets the Worst CBT Punishment Ever! 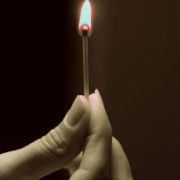 Don’t Break Into My House Unless You Want the Worst CBT Punishment of Your Life!

It was like a horror movie, I was alone in the house and exhausted after my wild strip club experience. Then I woke to the sound of glass shattering from somewhere downstairs. I sat straight up in bed from a deep sleep. If this is a home intruder, I thought, he’s about to get the worst CBT punishment of his entire life!

I tiptoed quietly down the stairs in the darkness. The intruder was peeking into one of the rooms, obviously seeking a victim. I grabbed a heavy vase and cracked him on the side of the head. Not too hard, I didn’t want to kill him after all. I wanted him alive to enjoy the worst CBT punishment I had to offer.

He fell forward like a sack of bricks and was out cold. First, I took a look in his backpack and found what clearly looked like rape supplies. Because a thief doesn’t usually carry zip ties, a hunting knife, and condoms with him. He deserved what was coming to him.

Next, I stripped him, including the black ski mask covering his face. He was a small guy with a tiny dick, of course. No wonder why he had to resort to rape. When he was completely naked, I used his own supplies against him. I zip-tied his hands tightly together and then his ankles. Then, I splashed cold water on his face to startle him back to life.

It seemed like he forgot where he was, he looked around my home and asked who I was. I laughed, “Who am I?! This is my home, you broke in! And you’re about to regret it.”

“What do you mean?” he asked, frightened.

“Well, I might as well tell you,” I said as I laced up my boots, “you’re about to get the worst CBT punishment ever!” Then I kicked him in his pathetic little balls as hard as I could. He turned beet red and yelled out in pain.

Then I went into the kitchen and brought back matches. “No, please, no,” he pleaded, “I’m sorry!” I paid no attention to his cries. I lit the match then held it at the tip of his tiny dick hole. He screamed and I smiled at his pain. Tears streamed down his face and I finally blew the match out.

Having to stare at his pathetic little raper dick was starting to piss me off. So, I decided it was time to squash it underneath the heavy weight of my boot. At first, he was relieved when the burning stopped but now he screamed anew at his little member being smashed like a pancake. He begged for mercy but I wasn’t going to stop there of course. He had to learn the ultimate lesson, when you fuck with a bad bitch, you’re going to get hurt!

Let’s Step it Up a Notch

I remembered the hunting knife in his backpack. The one he planned to use to subdue me. I took it out and he shuddered in fear.

“Whatever you’re going to do, please don’t do it!” he begged.

“That’s what you should have said to yourself before you broke into my home to assault me, possibly even kill me. Why should I give you mercy?” I asked.

“Because…” was all he could say. So pathetic.

I took the knife and slashed down his tiny dick hole. He screamed and started to bleed all over my carpet. Then I grabbed a hold of his little balls and squeezed as hard as I could. I thought he was about to pass out. To wake him up, I cut off one of his balls with the sharp hunting knife. As he screamed, I shoved his little ball in his mouth to shut him up. He writhed around the floor in excruciating pain getting blood everywhere.

By this point, I’d had enough of this tiny dick loser. I cut his zip ties, grabbed him, and threw him out the front door completely naked. I think he learned his lesson.

Do you want to experience the worst CBT punishment of your life? Call Mistress Ramona to get your ultimate torture roleplay phone sex!