The world of Gor 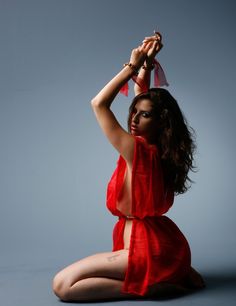 The books fall into the category of D/s. Right now I would like to solely focus on there version of slavery and stuff not so much on what the book is about, you can actually find that out on your own if you are interested.

Natural Order: In Gorean culture it is considered in the Natural Order that Males are natural dominant while females are naturally submissive. Like everything there are exceptions to the rule in the fictional world of Gor. Modern day Goreans love to dismiss this (bastards…)

Kajira/Kajirae: The singular and plural terms used for female slaves. It’s a misconception that all females are slaves. It’s actually more like for every 40 women there is one female slave. Women are either bred into slavery or kidnapped from Earth and forced into it.

Kajirus/Kajiri: The singular and plural terms used for male slaves. Male slaves are few and far between and usually end up into slavery due to war, debt, or being a criminal.

Slaves may be owned by a person such as a freeman or freewomen, entire households, or municipalities. (Oh the fantasy scenarios one can have with this…)

Slaves are categorized by pedigree, virginity, training, and utility.

Red Silk Girl: A slave thats cheery has been popped.

Slaves are trained for whatever there use may be and is a very very big deal since this means they excel in a specific set of tasks. (You can use them for other things but why bother wasting talent?)

Some of the types of Slave:

Bath Girl: Slaves kept by either a bathhouse owner or owned by the village/city. They run the bath houses and the patrons are allowed to fuck and use them however they wish. It’s included in the fee to use the bath house.

Camp Slave: Slaves that travel with the military usually there is a contract involved with the slave merchant and the military for said slaves and they are to follow the contracts term.

City Slave: Owned by the governing body or the village or city.

Coin Girl: Slaves that are prostituted out to make money for their masters. A coin jar is attached around their collar along with a bell and they are sent out to roam the streets completely naked.

Fighting Slave: Trained in all forms of martial arts typically used as body guards. Sometimes they use them like gladiators and other forms of combat entertainment.

House/Tower Slave: Considered a lower grade of slave that performs all housekeeping,cooking, serving, sewing, and all other domestic chores.

Kettle Slave: Used only in the kitchen usually a sub category of house/tower slave.

Love Slave: A love slave is actually a slave whom as fallen in love with her master and the master returns her affections. Always puts the master in a tough spot. If he should go easy on her the other slaves would fall into discord.

Luck Slave: A slave whom strictly stays on the ship because she is believed to be a good luck charm against the rough sea’s. Also doubles as a pleasure slave for the whole crew.

Mat and Kettle Slave: Does both all the kitchen work and pleasures her master.

There are so many more types of slaves available in Gor and if your interested in it look further into it.

Since there are exceptions to all these rules I had a naughty little roleplay in mind for it….

Freewomen are allowed to own slaves so what if I gave you one of my slave girls for you to use? How would you use her? What would you do to her? I’d of course want to watch every single moment of it.

Hows that for some kinky shit? Care to add your two cents? I’m more then happy to hear it.