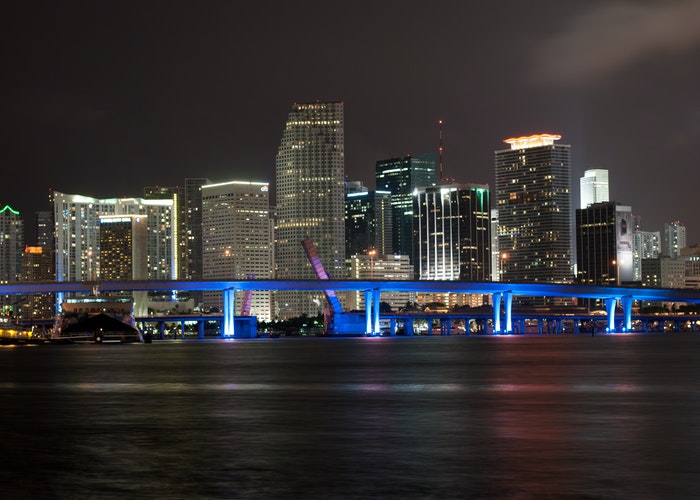 Wild Miami nightclubs always have secrets waiting to be discovered within.

On a steamy night in Miami, my friend Veronica and I took my latest fuck-toy, Jake, to Club Velvet. The club has multiple levels, and as you go higher, the atmosphere gets more exciting. Wild Miami nightclubs are amazing. We started the night at Veronica’s reserved table on the first floor.

We drank Champagne and took in the sight of all the beautiful young people streaming into the club. Veronica and I stroked Jake’s thighs to keep him sexually charged. We had easy access because the little red cocktail dress we bought at Victor’s Treasure chest earlier that day was short. Jake’s cock was oozing pre-cum. His dress was translucent, making his lacy red bra and panty set visible, along with his creamy bulge.

Jake was mesmerized as he watched them seductively remove most of their clothing. One of the dancers was a beautiful, long-legged Brazilian girl. She had a perfect caramel complexion, and she glowed. Her breasts were pert with pointy nipples, and her ass was full and juicy.

We were seated on a plush blue velvet sofa with a low-slung table in front of us.

Several bottles of Dom Perignon sat in buckets of ice, and plenty of champagne flutes were on the table. After her set, the long-legged dancer came over to our table and ran her hands through Jake’s hair.  Her name was Valentina, and she happily accepted a glass of Dom. Veronica and I moved so that she could sit next to Jake. As they talked, she leaned over and started to nibble on Jake’s ear. I could see him shiver with pleasure as the goosebumps began to rise. I couldn’t help but notice her nice big tits, which made even me wet.

Then she softly stroked his face and guided his chin towards hers. They began to make out, making Veronica and me wet just from watching this delicate act of intimacy. Somehow, all the club’s noise faded into the background. It seemed like we were watching a private movie. Valentina was captivating because she moved with the grace of a ballerina and the directness of a man.

After their steamy make-out session, Valentina pushed the straps of Jake’s dress down and kissed his shoulders.

They cuddled and sipped from their glasses for a bit, and then Valentina straddled Jake. Still unclothed from her time on stage, she fed him one nipple and then the other. Then she stood up and guided his tongue down to her pubic bone, which Jake kissed and nibbled on before Valentina slowly started to push down her panties.

The first sight was a luxurious reddish-brown top bush. Valentina brought Jake’s face to her bush and made him nuzzle and inhale it. Then she pushed her panties down further, and much to Jake’s surprise (and mine too), was a nice thick cock that had been tucked away. Before Jake could react, Valentina put that cock in his mouth and started to fuck his face.

What did I say about wild Miami nightclubs?

You will have to wait until next week to hear what happened next. And get the details of our trip to the third floor of Club Velvet unless, of course, you want to call me, and I can tell you!