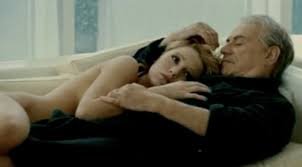 My Fathers’ brother, “Uncle Ricky”, was my favorite uncle. He was more than my uncle though. He was my first. Since I was a little girl I loved sitting on Uncle Ricky’s lap. He bounced me up and down playfully but when my parents weren’t looking he’d slide his hand down my underpants and squeeze my naked butt with his hands. I liked it. It was our little secret.

Uncle Ricky had all kinds of fun little ways to touch my special body parts when my parents looked away. They trusted him. And so did I.  If I was playing outside Uncle Ricky would tussle with me on the grass and secretly slide his finger up my shorts and tickle the outside of my pussy lips through my panties with his long finger. It made me feel so good. Then Uncle Ricky would pull the same finger up to his pursed lips and say “Shhhh…..Genie. Don’t tell mom or dad. Okay?” “Okay, Uncle Ricky. l won’t tell them if you promise to do it again and again.” He smiled and said, “Oh I promise I will.”

Uncle Ricky was so handsome with wavy brown hair and blues eyes and a smile that would light up a room. Everybody loved my Uncle Ricky. And I know why. He was that kind of guy that made you feel good when you were around him. I even noticed how he would flirt with my mother and how she would respond to him. She was like a smitten school girl around Uncle Ricky and daddy tried to hide his pain with a few more drinks. I was a little jealous of my mother sometimes.

I wanted ALL of Uncle Ricky’s affection.

When I was twelve years old my body was really developing. My hips were rounding out, my butt and thighs were firm and shapely, and my tits were budding past a training bra. I had to wear my mother’s bra. That was when Uncle Ricky came to stay at our house. One night, when I thought everyone was asleep, I was coming out of the bathroom wrapped in a towel and I ran into Uncle Ricky in the hallway. He was staring at my body and said, “Now sweet little Genie, I know you’re not going to hide what’s under that towel from your favorite uncle. Are ya?” “No sir, I wouldn’t do that to you”, I answered. I gladly opened up my towel and let my uncle see how much of a woman I had become.

Uncle Ricky stared at my naked body and I watched him get a hard-on. He grabbed me by the waist and pulled me into the guest room where he was sleeping and started kissing me full on and caressing my titties. He laid me on his bed. Then he stripped completely naked before me. His body was amazing and his cock was huge. He held his fingers to his lips and said, “Shhh….Genie….don’t make a sound. But Uncles Ricky’s going to make you a woman tonight.”