He Watched From The Closet As I Fucked The BBC 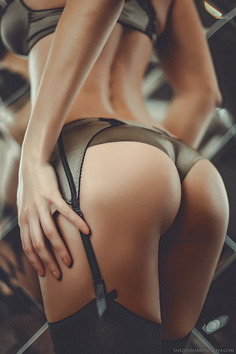 I love it when my boyfriend watches me fuck other guys. One of our favorite things to do is to have him hide in the closet when I bring someone over for a fuck session. My boyfriend is such a cool guy and I feel so comfortable and open with him sexually. When we met I made it clear that I wasn’t about a lifestyle that was boring. I love to explore; especially sexually!

I recently told my boyfriend about this black guy who’s my neighbor and he says that he absolutely LOVES latinas like me! I have to say that before I met him I had always fantasized about having a big black cock jammed inside of my wet pussy. This guy was really persistent too. He knew that I had a boyfriend and he didn’t give a damn. He kept telling me that, “Once you go black, you never go back” LOL! I Thought it was funny and also sexy how he never stopped pursuing me even though I was with someone. He even left a picture of  his hard black cock on my car windshield.

The very next day I saw my neighbor. We were flirting as usual and then I told him he should come over to my place later to listen to some music and maybe watch the game. He didn’t even ask if my boyfriend would be around. I guess he just assumed he wouldn’t be. When the door bell rang my boyfriend kissed me and went into our bed room closet. He took the lube and a pair of my sexy used panties with him.

I was a little nervous because I had never been with a black guy before, but at the same time I was horny and excited. When I opened the door he greeted me with a kiss on my neck. He brought a bottle of wine. We sat on the couch and talked for a bit but then I noticed that he was getting a hard on. When I mentioned it to him he said that it was my fault. We both laughed. Then he leaned in and kissed me on my lips. His smooth lips made my pussy melted from the inside out. I was hooked and there was definitely no turning back.

He picked me up and took me to the bedroom. I practically tore open his shirt and started nibbling on his nipples. His body was amazing! His strong hands took over my body as he caressed my breast and palmed my pussy. As his finger made its way inside of my pussy walls, I moaned and started to quiver a little. I was intoxicated by the overwhelming sexual tension. Knowing that my boyfriend was in the closet watching the entire thing only made things more intense for me.

My neighbor pulled out a condom as he took off his pants. The picture that he left on my car was no lie. His dick was the biggest I had ever seen in my life. It was dripping pre-cum when he slipped the condom over the tip of his dick. The condom only went half way up his shaft. He asked me if I was ready to receive the best fuck of my life. I smiled and said yes. He then proceeded to spit on my open pussy. Rubbing the spit into my already wet pussy made the perfect entry hole for his throbbing black penis.

I closed my eyes and braced myself. His huge, smooth black dick slid right into me. He pumped my pussy slow, causing me to bit my lip and grab his strong black ass. My toes curled as my legs wrapped around his waste. He was totally controlling my body. I had become his sex slave. I could only imagine how hard my boyfriends cock was as he lubed up his knob and jerked it off while I got fucked by the big black bull. I was the love of his life and he was being forced to watch me take a black anaconda into my tight little cunt hole.

The black guy fucked my brains out. My pussy was no match for his dick. He stretched it in ways that it had never been stretched before. He tried his best to be gentle with me but I guess his instincts took over and he plowed my pussy into the bed. His body completely covered my tiny frame. I licked his nipples as he drilled me deep and hard. He was fucking me so good that he made tears come in my eyes. I came several times as his dick loosened and made its’ home inside of my yearning pussy.

As he continued to fuck me it felt like the condom had ripped and he was fucking me raw but at that point it was feeling way to good for me to stop him. He fucked me in missionary position the entire time. He looked into my eyes and he charged my pussy and made it his own. My boyfriend was watching. Rubbing my silk panties on his helpless and engorged cock. I’m sure his mouth was open in disbelief of what was happening.

The last 10 pumps were the hardest I ever felt in my life. His black anaconda dick was so far inside of me that it felt like it was in my neck! I couldn’t scream. I couldn’t speak. I couldn’t do anything but take him deeper and deeper inside of me. He kept fucking me as his load filled my tiny pussy. He fucked me until the last drop of sperm spilled out of the ripped condom and into my fertile pussy. The condom must have ripped early on. I didn’t care about the condom ripping. All I wanted was for my boyfriend to suck that black seed out of me while it was warm and fresh.

That’s exactly what happened. My neighbor left me on the bed in true bliss. He said he would call me again tomorrow for another “work out” LOL. As soon as he left my boyfriend found me on the bed drenched in the black guys sweat. His semen and sperm leaking out of my used pussy. He didn’t say anything. He just got on his knees in the bed and buried his face in my dripping pussy. He slurped and licked like a hungry sex slave. I came in his mouth. He jerked his cock and came as I drenched his mouth and face with my cum squirts.

The perfect end to an epic night that I will NEVER forget!