He Wanted To Be Feminized…So I Took Him On A Girl’s Night Out!* 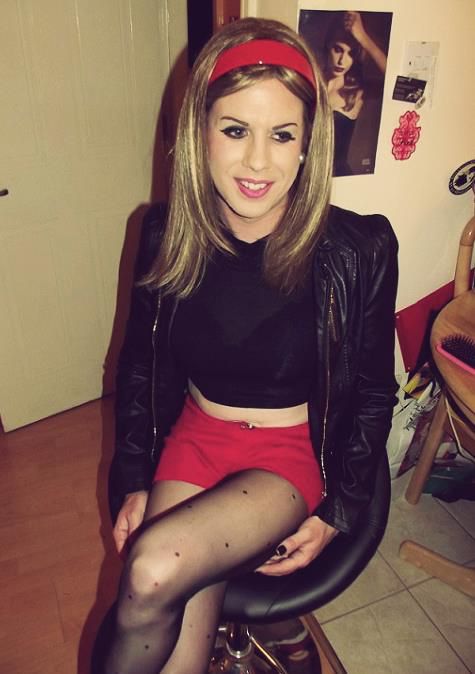 He Wanted To Be Feminized, So I Took Him On A Girl’s Night Out!

I have this fuck buddy (who we’ll call Colin) who always said he wanted to be feminized for just one day. I completely understand – he sees me getting all the lusty attention from every man I walk by and it makes him ache to wonder what it would be like to have that much sexual power. To be able to use the subtle powers of femininity to make any man weak. He tells me that watching the way I wrap men around my finger with such ease makes him very turned on, but it also makes him a little jealous.

At first I thought he meant he was jealous because he wanted all of my attention. But it turns out he was jealous of all of the attention I was getting from them! He said since he was young, he’s fantasized about being the girl every guy wanted. So I planned a special night for him where I would make his fantasy come true.

It was Friday night, and I told Colin that I had a surprise for him.

That we were going to have a girl’s night out. He looked confused at first, so I explained, “You’re gonna see what it’s like going out on the town as my girlfriend tonight”. The expression on his face as his eyes lit up as I pulled out my makeup and told him to pick anything out of my closet. I surprised him with a pair of black stilettos in his size and a brand new pair of stockings with a garter belt. I sat him down at my makeup table and I pull his hair back seductively and I very carefully, very sensually apply makeup on him.

Using my fingers and the softest brushes…he was in complete ecstasy as I pampered and fussed over him and told him how beautiful he was…and his cock was getting rock hard. I bent down and kissed it and asked him what he wanted his name to be for the night. He said, Celina.

I massaged his body and put perfume on him before he slipped into my dress and those sexy stilettos. When the taxi arrived is the transformation felt complete. Colin was completely feminized. Our driver kept looking at Celina through the rearview mirror and checking him out. I could tell this was turning Celina on so I stuck my hand up his skirt to feel his stiff cock in his stockings. The fun had barely even begun! When we got to the bar, all the male attention in the room seemed to be on us. Celina loved it. We giggled in our booth, drank our cocktails and I did the talking when two guys invited us over to their table. Celina looked very convincing and very sexy! All the men loved him.

When I finally took my Celina home, I told him I had another surprise.

Since he was so good at turning all the men on at the bar, I was feeling a little turned on myself. I put on my big black strap-on. Then I told him how sexy he would look on his knees sucking it like a whore for me. And he did – he looked amazing, being so obedient and doing everything I told him to do. Celina was such a good girl that I lubed up my strap-on and gave her a proper fucking like the beautiful little slut she turned out to be.

As soon as I really started pumping his ass, he yelled “I want to be your little slut! Fuck me like the slut I am! Fuck me!” and he started riding my cock furiously until he came a massive, creamy load all over his lingerie…Colin loved being feminized for a night. We agreed that he would keep the shoes!

Looking for some sensual sissy/shemale phone sex? Let me pamper you and fuck you any way you please!