Voyeur – Something I never thought I Would Become ♕ 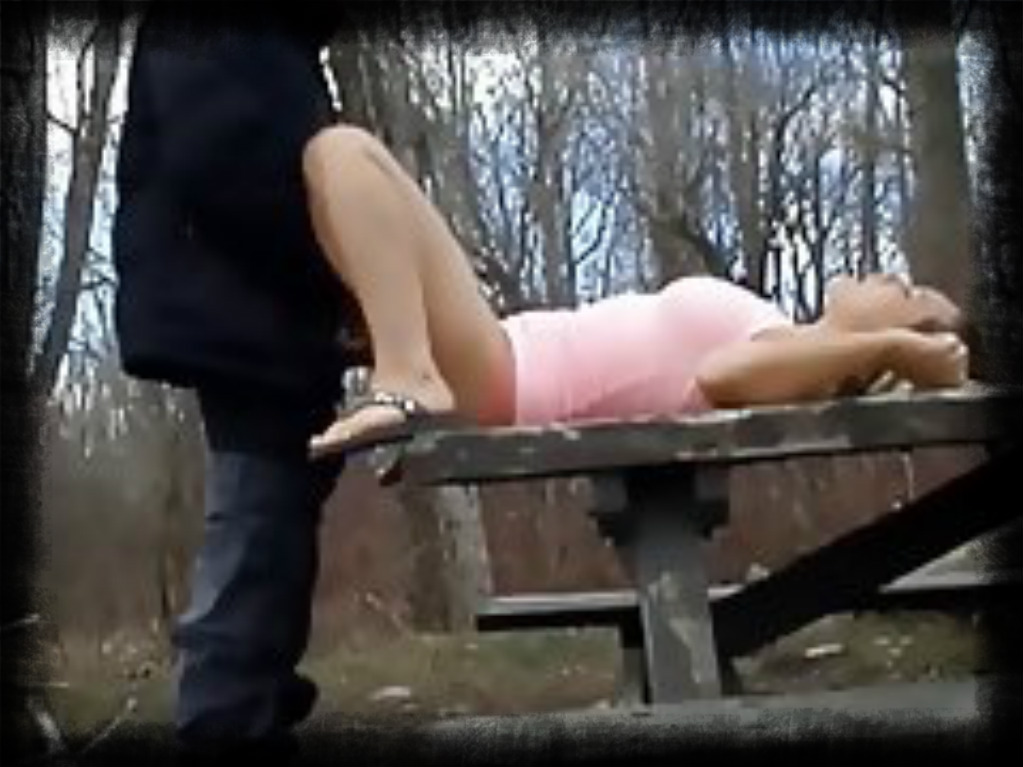 I became a voyeur on my walk in the park.

I never was much of a voyeur. So I was the one that other people watched. One night I was having a hard time sleeping but wasn’t feeling creative enough to do any work so I decided to take a walk. Not far from my house is a park with a wooded trail that I loved walking. I was quietly strolling along just listening to all of the sounds of the nights. I could hear the crickets chirping sweetly all around me and the sound of water trickling in the small creek that ran along the trail. What I heard next had nothing to do with the outdoors though.

As I moved around one of the bends in the trail I could hear a faint moaning. I knew right away what it was but being the sexual person I am, I just had to see for myself. Just up ahead the trail came to a T. I had to stop for a moment to figure out which direction the noises were coming from. I quietly turned left and there they were. Before they had a chance to see me I ducked back behind a tree.

They were too into what they were doing to notice my movement.

I peeked my head around the tree and watched. My first act of being a voyeur and honestly it was pretty thrilling. The man had this girl laying on top of a picnic table with his face buried between her legs. Her hands gripped his head tightly as he devoured her pussy. I was just about to turn and leave when he stood up, undid his pants and pulled out a pretty decent sized cock.

My pussy instantly flooded with juices as I watched him take his cock in his hand and run it up and down her wet pussy. Once he was sufficiently coated the tip of his dick started to disappear inside of her. I had the perfect angle to watch him pushing inside of her. The farther his cock went into her pussy the more turned on I became. Before I even knew what I was doing my hand had slid into my shorts and my fingers were tracing my wetness up and down my slit.

WOW! So this is what it felt like to be a voyeur!

I was always on the one getting fucked and putting on the show. My fingers started to mirror everything that he was doing to her. When his cock slid in so did my fingers. Over and over I pumped my fingers in and out of my dripping voyeur pussy at the same speed as his cock. I could tell she was getting close to orgasm because her legs tightened around him and her fingers were now tightly digging into his arms.

As she reached her peak she started to scream out but he took one of his hands and quickly covered her mouth to muffle her voice. Seeing the power he had over her brought me closer to my own release but I forced myself to wait. I wanted to see this all the way through. He continued pounding into her leaking cunt as she rode out her pleasure. The harder he pounded her the harder I pounded myself.

I have to say, I was enjoying being a naughty little voyeur and the show wasn’t even over yet!

He finally removed his hand from her mouth, grabbed both of her legs from under her knees and pushed them up into her chest. Now this is one of my own personal favorites! I haven’t watched anyone else doing it but now I could see exactly why I enjoyed it so much. His cock was able to go even deeper and with her legs bent the way they were I knew she was feeling every inch of it.

I’m sure I looked a mess but I didn’t care.

The proof of my first voyeur experience was running down my legs as I hurried back out of the park to my house. I couldn’t believe what I had done but holy fuck it was hot! Not that I’m not a naughty girl, but like I said before, I’m the one people are usually watching. As I closed my door behind me I made a promise to myself to take more walks in the park at night.

I never knew how much I was missing until that night. I’m still excited at the thrill of having someone watch me but now I’m always on the lookout for a naughty show to see myself. If any of you have experience being a voyeur and know of some places that are good to go to see some hot fun and be able to go unnoticed please let me know! Also, I’d love to hear your own personal stories and voyeur experiences! Give me a call and let’s trade some naughty tales!