The Virgin and The Escort ♕ 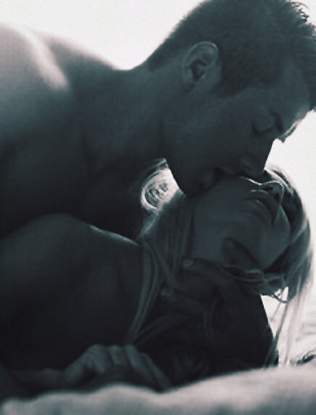 The Virgin and The Escort

This Virgin did not know what she was about to get into. She looked out her hotel window, she was waiting for him. She was so nervous. Her body quivered. But she knew that she must do what is needed. Losing her virginity was a very scary thing for her to even think about. Nonetheless, she told herself that she was ready….

Being a virgin at this age was just not acceptable. She decided to call in an escort. If she was going to lose her V-card might as well do it with someone who knows what they are doing. She got in the bath and made sure to clean herself very well. When she brushed the wash rag over her pussy it started to tingle. She was already getting excited. She thought it could not hurt to get started a little. As she started to please herself, there was a knock on the door. She quickly jumped out of the tub and threw on her robe.

She opened the door and saw a tall handsome man standing in the doorway. Before he could say anything she grabbed him by the shirt, pulled him into her room, and started to kiss him. He tried a few times to say something but she would not let him. Then he started to really get into it. He slid down her robe, exposing her soft warm skin. Kissing her neck and moving his lips down to her nipples. It was the first time she has been touched like this and she loved it.

He picked her up and carried her to the bed.

He stood back from the bed a little and waved his cock at her. Calling her over for a taste. She crawled over and shyly started to suck him off. He could tell she was not very good at this so he started to give her direction on what to do. It only took her a few moments till she caught on. He grabbed her by the back of the head and started to face fuck her. She has never tasted cock before. But she loved it.

He pulled his dick from her mouth and told her to lay back. She knew it was time. Time for her to finally lose her virginity. Just as he was about to put his cock in her, they heard a woman’s voice calling for someone.

He paused for a moment and said, “Shit! That’s my wife is looking for me!”

The virgin sat up in shock, “Your wife?!” Why would your wife be looking for you? Does she not know you are an escort?”

Then there was a knock on the door. The virgin got up and went to open the door. Her heart was racing. She was hoping that it was the real escort. But she was really worried it was this stranger’s wife. Her hands were shaking as she turned the nob and opened the door. The door flew open and her jaw dropped.

Want to know who was at the door? Call us for Free Phone Sex! 😉