I Was Fucked Over by a Pretty Pink Vibrating Cockblock! 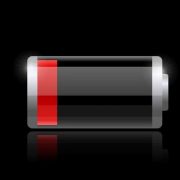 I had a little forced break due to a vibrating cockblock.

No one wants to have their fucking interrupted by a vibrating cockblock, or any cockblock for that matter. It could be argued that a vibrating cockblock is the worst cockblock out there. No one wants to stop fucking to address a vibrating cockblock! Needless to say, we still had plenty of fun, but we almost died of frustration. One night, my sexy little sub spent the night at my place, and when we woke up, she was as frisky as ever. Backing her ass up into me. Trying to wake me up by being obnoxiously sexy. Weirdly, the two can coincide. Petting up and down the insides of my legs and sighing heavily over and over.

Once I was finally awake, I kissed her all over. She asked me if I would fuck her. I told her yes, but that I was going to do her work for it. I grabbed the wand and plugged it in. We have two wands, one that is powerful but must remain plugged in, and one that is firm but wireless. I plugged in the first one. First, I slid my hand between her legs. Touching her, teasing her. Then, I kissed down her body and kissed her hips, her thighs, her little ass. I kissed her between the legs and lightly brushed her with my tongue. Then, I turned the vibrator on the first setting and pressed it into her.

Then, I made her take quite the raw fucking, without the vibration, before I turned it on and let her have it.