I Used Blackmail To Get What I wanted

I Knew That I Would Have To Blackmail Him

This new boss I have is really good looking and smart. And I wanted him from the moment I laid eyes on him and flirted terribly trying to get his attention. But he’s happily married and not into fooling around. But I knew he liked me and it would just prove a bit more of a challenge to get him. I would wear short skirts and no panties and bend over in front of him. Any number of shameless tricks to get him to hopefully give in, but no dice. Then I came across something by accident one day and decided to blackmail him.

I Found What I Was Looking For

I was looking for some files and I found one alright, one he had no intention of me seeing. It was a second set of books, he was under reporting income. And would be in quite a heap of trouble. If Uncle Sam were to be made aware of this little fact. I told him I wanted him, and I thought this would persuade him to play along. And he smirked said yes, he’d play along so long as I kept this just between the two of us and didn’t tell anyone at the office or God forbid his wife.

I said I’d blackmailed other men before to get what I wanted. And it usually worked, since they didn’t want to lose what they had. He asked me what it would take to buy my silence, other than him of course. I said a three day weekend in the Caribbean, just the two of us and fucking all weekend long. He looked a bit shocked and said that would take some arranging with his wife having to be kept in the dark and all, but within a week he figured it out and we were on our way to Bermuda. 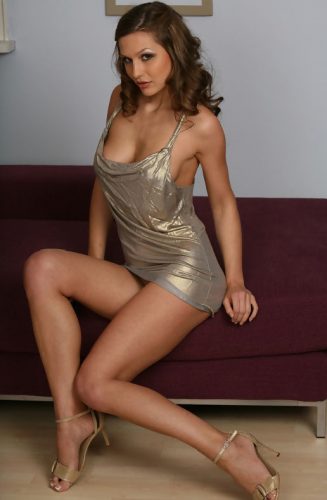 We had a nice suite and he was as good a fuck as I thought he’d be. He had a magic tongue and a nice big cock, and I rode that thing like there was no tomorrow. He seemed to like fucking me as well and said I was a bad girl for blackmailing him. But he was smiling as he said it and then he playfully spanked me. And pushed me on my knees to suck on his eight inch cock, which I did with glee. I loved drooling all over that shaft. And sucking the length of him down my throat and playing with his big balls. He even called his wife and said the “business trip” was going well. I had to stifle my laughter.

Everyone at the resort thought we were married and I certainly didn’t correct them. I found out he was very talented at licking pussy. And he liked when I sat on his face .And I wriggled around as he licked me until I came all over that handsome face of his. Even though this all started as blackmail for fun, I think he liked me in bed enough that this little fling will continue once we are back at the office, we will just have to be discreet about things.