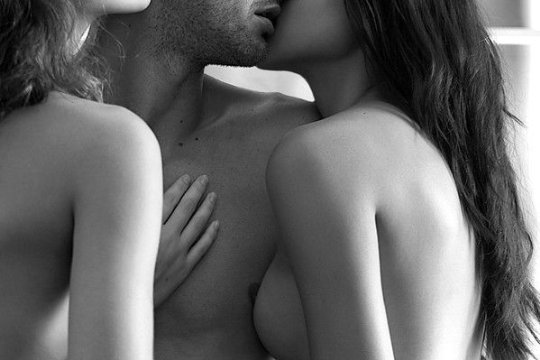 She and her boyfriend were passing through on their way back to the East coast, and I had been looking forward to hosting them. I’d spent hours cleaning, preparing a gourmet dinner and decorating. I even bought a bouquet of roses for the table. It was almost like I was getting ready for a date, really!

We were having a perfect evening, catching up and laughing so hard our faces hurt. I kept the drinks flowing (raspberry lambic, our old favorite) and before I knew it our conversation became half-drunk confessions-type gossip.

Do you ever promise yourself before a social event things like: “ok well whatever happens, I’m not going to say or do this!” But then you do do that exact thing or say those EXACT words?

I remember the thought passing through my mind earlier that day that I would not divulge to either of them that the dream I’d had about Troy, my friend’s boyfriend, the week before had actually been a sex dream. It was a hot one, too . . . the kind I woke up from feeling like I’d just had a full-body orgasm.

As the night continued I sensed some flirtation happening in all directions of the table, not just from my end. I’d had some “formative” sexual experiences with my old friend, and she once told me how beautiful I was and that she had a crush on me.

That was back when we were still in college. Ever since then I wondered if she’d shared that with boyfriends. I had a feeling she had definitely shared it with Troy.