Two Girls And A Guy Threesome-Fucking Her AND Fucking Him* 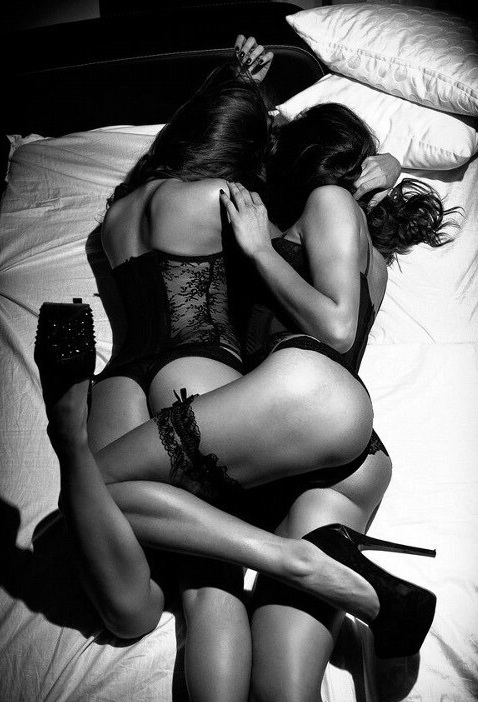 Two Girls And A Guy Threesome-Fucking Her AND Fucking Him

My friend Alicia was telling me about how she and her boyfriend Sam have hit a dry spell in their sex life. They’ve been together for five years now in a monogamous relationship. How the hell can you sleep with only one person for five years??? Anyways, she knows my sex life is anything but boring so she asked me for some ideas on how to make things fun again. I suggested a threesome with another woman because all men love the idea of three-way sex like that. She thought about it, knew I was right asked if I’d be willing to do it. Of course, I said yes.

I went to her place an hour before Sam came home from work and we practiced making out. She’d never made out with another woman before and she wanted it to look good for Sam. I showed her how to kiss and touch me, it didn’t take long for her clumsy kisses to become natural. Sam ended up finding us in the bedroom, sitting on the bed with hands entwined in hair and kissing. I saw him out of the corner of my eye but ignored him for a few minutes so he could get turned on by us. I stopped kissing Alicia and turned to Sam.
So I put my arm over Alicia, pulled her close to me and asked Sam if he wanted to join us for some three-way sex. He looked stunned and asked if we were serious. I just told him to make his mind up and got further on the bed with Alicia.

Alicia laid on her back while I straddled her face and lowered myself down.

I felt her tongue lick my lips and I moaned. Sam watched and began to get undressed. I carefully moved forward until I was resting on my elbows and put a hand over Alicia’s pussy. I slipped a finger inside (she felt so warm and slick) and said: “Mmm she’s so wet.” I then slid my finger out of her and went back to my original straddling position. Then I licked her juices off my finger and smiled at Sam. He got on the bed and settled between her legs. She parted them and he pushed inside her.
I could feel her gasp against my pussy as he began to thrust in and out of her. Alicia pushed her tongue inside my pussy and began to lick along my walls. I rocked against her face and looked at Sam. He kept his eyes on Alicia while she ate me out as he fucked her. From the look on his face, I knew he was loving this. I ground harder against Alicia and moaned loudly, showing Sam just how much his wife was pleasing me. Sam began to fuck Alicia harder and her body jiggled with every thrust.
Her tongue licked me faster and it brushed across my clit. I moaned and my pussy gushed as she rubbed it again and again. I felt Alicia’s teeth graze me as she started to cum. A few seconds later I heard Sam groan and saw him lean over Alicia as he came inside her. I fucked Alicia’s face as she started to come down and went back to licking me. Sam pulled out of her and watched us. It didn’t take long for me to cum and I kept eye contact with Sam as I did so.

I climbed off Alicia and moved to the end of the bed where Sam was sitting and leaned over.