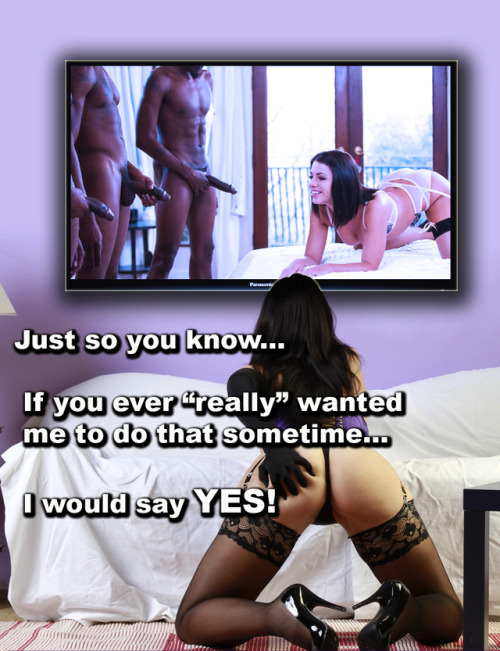 And as for you closet cucks reading this, what exactly is holding you back?? Let’s break down/destroy some of the common responses (i.e., EXCUSES) I hear every day.

“I don’t think my wife would be into that in real life.”

HA. Seriously?? What woman wouldn’t be into having sex with a real man with a real dick in real life? No woman I know, that’s for sure.

Hmmm. Isn’t part of the appeal of being cuckolded loss of control? Isn’t part of what turns you on the complex array of negative feelings, the overwhelming sense of inferiority over which you are utterly powerless. Yes, it is.

Sure, it might be a little degrading at first (and eventually/hopefully, a LOT degrading as time goes on and your hopes of regaining control disappears), but so what? It’s what you want, anyway. Just embrace it, for your sake AND your wife’s! Oh, and for the sake of your new master. Pleasing him is your number one priority from now on, bitch!