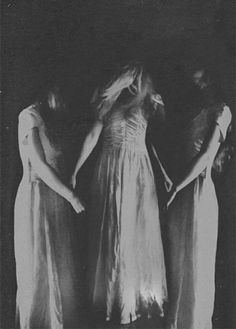 I had a feeling their invite to come over that Saturday night was a thinly veiled golden invitation to guest start in their nightly twincest. And I could feel it was when I arrived and heard their sultry greeting, both of their pretty faces flickering in the light of the campfire.

They beckoned for me to sit beside them, in between them. Soon their fingers were pulling off my jacket, one of them murmuring something about how I wouldn’t be needing that anymore. Before I knew it I was on my back in the grass.

“You’re ready to find out if the rumors at school are true, aren’t you?”

I was in such a state of out of body ecstasy already I couldn’t discern which of the twins had asked that seductive, obviously rhetorical question.

“You want to fuck my pretty sister? Feel inside her wet cunt?”

I felt one of the twins hands clasp mine inside her sister’s pussy . . . grazing my fingertips as we grazed deeper inside her sister, pulling and twisting as her sister moaned. Her sister’s hand ducked in and out of me, pausing for long, reflective breaks to massage my swollen clit.

For hours this went on: us a mass of intertwined, sweating, dripping beautiful bodies in the light of the campfire. I can only imagine what would have happened if someone had found us.