Turning Sissy Daniel Into Dani, The Naughty Girl Next Door!* 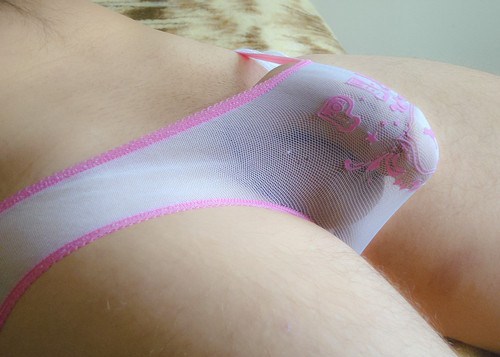 Turning Sissy Daniel Into Dani, The Naughty Girl Next Door!

Danny is a sissy that hasn’t fully embraced his girlie side yet. I know he loves it deep down, but I have to keep pushing him to get him to turn into Dani the Naughty Girl Next Door. I needed to show him that it was good to give in to his secret desires, but I wanted to have fun while doing it. Needed some help for that. I told Danny to come on over for an afternoon of fun with me and took out the bag I’d stashed away. I took out three pairs of panties that I’d bought for him and laid them out on the bed. They were good quality ones and were silky soft; they’d look great stretched over him.

When he got there I had my naughty girl in training, get undressed then I showed him his gift and let him pick out a pair to wear right away. He chose a pink silky pair and slipped them on, the fabric pulling tightly over his bulge. He became Dani the panty wearing naughty girl next door and stroked herself, running her hands over her front and on her ass. Her dick got harder and I got out the makeup, adding a bit here and there while she got excited.

The doorbell went and I left her there while I went to let my girlfriend Amy in.

I’d text her earlier and now Dani was in for a hell of a surprise. I took her to my bedroom and Dani freaked out when she saw her. She tried to cover herself up and I had to stop her. “Be nice and show Amy how pretty you look,” I told her and she blushed as she stared at the floor. I put my arm around her and said “This is Dani and she’s a very lucky girl because she just got some new
panties.

She just loves them, she had a drawer full at home.” Amy laughed and said “I got a bra that would go great with that, maybe I’ll give it to you. Oh! We could go shopping and get matching lingerie sets!” Dani nearly died at the thought of going into a lingerie store with the two of us but his dick was still going strong. “Look how hard she is, we can’t leave her like that. Why don’t you jerk off? Come on, don’t you want to feel those soft panties rubbing your dick?” Amy said teasingly and he blushed even harder. “Yeah, show us how much you like your new panties,” I told Dani and she began rubbing her dick through them. A wet spot grew on the front of them as her hand went faster and she moaned.

We watched and giggled as the panties slipped down a bit and her dick popped out the top.

Are you kinky panty boy? Are you a sissie boi? Do you fantasize about being a naughty girl? Call me and I will turn that fantasy into reality!