Trespasser Gets In Midnight Trouble 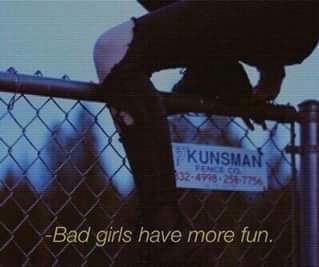 Of all the things I get in trouble for, being a trespasser is a new one!

I’ve never been a trespasser before, or at least, I’ve never gotten caught! I used to get in all kinds of trouble for different reasons, but last week was a new experience altogether. I’m one of the silly people that’s gotten all into this Pokemon Go craze…chasing virtual creatures around the city all day and night long just for a little fun. But it took an interesting adventure when I was chasing something across what I thought was an empty field that was part of the park..and ended up being someone’s backyard! It wasn’t fenced or anything, how could I have known? I’d been wandering around for a few minutes when a light came beaming across the field from a house near the street. I covered my eyes a little to get a better look, and that’s when I saw someone calling me over.

I was a little curious, almost didn’t want to heed the call, but I walked over slowly, wondering if they needed help.. and I got chewed out worse than I expected! He was mad, and I hadn’t even realized that I was a trespasser on his property! But he was going to make me pay for it.. I guess that’s what I got for staring at my phone  and wandering mindlessly around town. He asked me to come in so he could call the cops, and at first, I thought he must have been delusional that they were actually going to do anything, considering how unmarked the property was.. but I humored the idea and followed him in, if anything, just to try to convince him that it was a mistake. But as soon as I walked in, I realized he had other plans..he shut the door behind me and gave a little laugh, walking closer to me to force me over the table. I protested, trying to push him off, but he was a little stronger than I thought.. and then he tried to get me to calm down, saying he was just going to give me a spanking, like bad girls deserve.. but the rougher he got with it, the more I realized he wanted more.. his hands were lingering too long, his fingers sliding between my legs..and before I even realized, he was pulling my shorts down to get a better look.. but could I really tell him no?