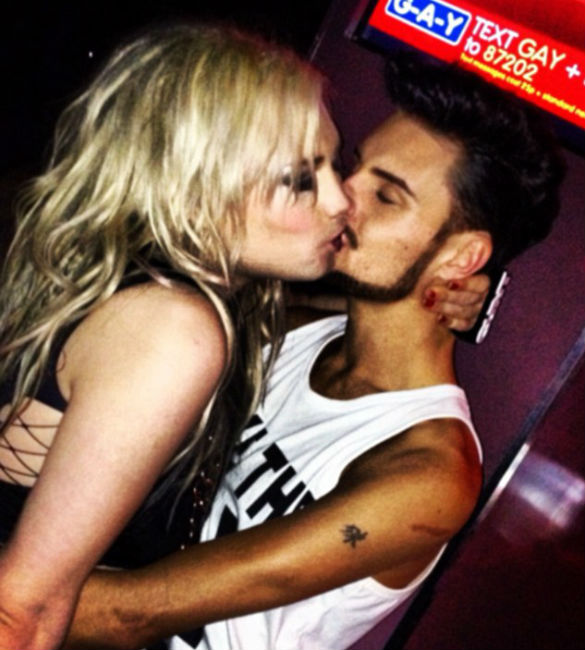 Up until this point, I had always thought that I was really on top of my transgender game. I always make sure my make-up is immaculate, I work out all the time and I wear super sexy, revealing clothes that will easily fool any red-blooded male, and I love knowing that all my hard work and dedication have not been for nothing when I am propositioned by a “straight” guy.

So when I met Neil, in the dark hot sweaty mess that was the club we were in, I thought that he was nothing other than a beefy, dark-haired, dark eyed tranny lover. I thought I knew his kind from the way he approached me, his arrogant attitude, the way he grabbed my ass, far too tight and with protruding, searching fingers.

So after a night of dancing and having him grab at me, I asked if he knew what he was getting into. He said yes and smiled but I didn’t think he really ‘got it’. I laughed at him, and we got into his car. I tried to tease him by putting my hand on his thigh, but he resisted, putting his hand between my legs! My panties were barely concealing my cock, but he rubbed and pushed it between his fingers until he popped my tip out from underneath my foreskin like a big clit.

He even had me lick his finger until it was wet, then stuck it into my ass as we drove.

I was having a good time, and the dominant way he was treating me was making me so hard and excited. He asked if I could fuck him or if I could “keep a boner”. I told him I would fuck his ass till it bled and he begged me to stop, and he laughed knowingly, shaking his head.

We got to his place, and he literally ripped my dress off as soon as we got through the door. Pawing and sucking my tits and squeezing and tugging hard on my cock. I ripped his shirt open and played with his (rather large) nipples. He let out a soft moan, then pushed me down on a chair and took off his pants. When he was in his boxers I looked at his package and I was disappointed because I figured no bulge meant a small cock. Before I could finish that thought, he whipped off his underwear, quickly straddled my face, and put his slopping wet PUSSY on my nose!

It smelled like a man, but clearly was all woman! I was in SHOCK! I eagerly ate it until the shock dissipated and was replaced by curiosity and the raging hard-on I was playing with as I ate.  After a short while of me pulling my best “chick tricks,” he came all over my face. Then he slid his hairy, muscly body down mine, and impaled himself on my cock.

I looked him in the eyes as I felt my cock penetrate that wet, warm hole he’d been hiding and finally realized what all those guys must have felt like when they found out my secret!

It was confusing, to say the least!

I fucked his pussy so hard and we both got so sweaty and engrossed in each other’s bodies that we fell off the chair, turning me on top of him as we fell. Now I was back in control and I was going to use it to my benefit! I flipped him doggy style and dug my nails in his hairy ass I decided on the last payback for fooling me! So before I came, I pulled my throbbing cock out of his wet cunt and shoved it hard up into his ass, in one quick, hard motion.

We exchanged numbers when we caught our breath and promised to go out and fuck with some other poor guys or girls one night. So boys, be on guard. Pretty girls and hot guys might not always be what they seem…