Transforming Sissy Sluts Like You Is The Perfect Tinder Date ♕ 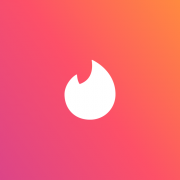 Transforming sissy sluts has been one of my new favorite past times and Tinder makes it so easy.

When my last tinder date came to my place, he had little idea what he was signing up for. He seemed sweet and cute and therefore I had warned him that I might not exactly be the kind of girl he was looking for. But he liked to talk to me and loved how I dominated and played with his head and decided that he was up for my games. Well, I am not sure what he was thinking, but I knew that I would be doing what I am best at – transforming sissy sluts.

At last, he reached my place right at 11 AM as I had ordered. He was carrying a pair of high heels and a French maid dress. I bet he thought it was for me. I mean my Tinder pics were kinky, our chats were filled with fetish, and he had probably never heard of ‘slaves.’ He must have had big plans for his dick as he entered my home, but unfortunately, I had bigger plans for his dick and his balls.

So I dressed in a cute and revealing dress.

I wore my favorite black high heels with red soles. As he came inside my house, he had a big smile on his face, and I welcomed him with equal enthusiasm and warmness. I made him sit on a chair and sat right in front of him on the couch. The way I looked intimidated him. It was visible in his eyes. He couldn’t help but stare at my long smooth legs. I extended my right leg for his pleasure until I touched his feet. A sensation ran through his body, and for a moment he shivered.
I now knew he was under my spell. I slowly moved my foot along his leg. He was constantly staring at my heels as those beastly heels moved and pricked his legs and thighs.

“You like it, don’t you? You want me to keep doing it, don’t you?” He looked at me; there was a certain fear in his eyes. Then he nodded.

“Yes, Olivia” and then I kicked him in the balls.

I smiled as I ground my heels further in his balls. His dick was hard; I could feel it under my heels. It was funny because this cute guy did not realize that this erection was the last one of his life. At least this session of forced cock and ball torture would be one he would never forget.

Delete all those other phone sex numbers and call me now!