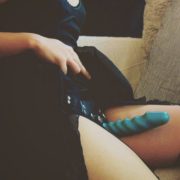 My friend Carolyn is a precious woman, very attractive, hard-working, but a nag. There is no other way to put it. She nagged her husband so much he would either promise to do things or just not answer her. She had this insane honey-do list of things she wanted.

There is always more to the story!

Of course, Bob would stay at work late to avoid going home. He dreaded going home to find out what his nagging wife wanted for the night. But, there was more to his absence.

Well, every dog has their day in the sun, don’t they?

So after Bob yelled his promise, Carolyn vowed to make him keep that promise. She waited, and waited for the time to come. Well, everyone knows what is happening now.  We’re all stuck inside!

Carolyn took it all in stride and decided now was the time to make him follow through on his promise to her. She approached Bob and asked for some fun. It’s not like she would have just stuck in a toy, but she was willing to do the whole candlelit dinner, lingerie, a sensual massage, and then some fun.

A struggle turned into forced action!

The dinner went great. She prepared his favorite meal, dressed in the most beautiful red lingerie and stockings. After dinner, Bob laid on the bed while she kissed him and gave him a wonderful warm massage. Then what happened next, when he turned on his stomach, she started to play with his ass.

Bob started yelling about his ass being touched, that it was exit only. She reminded her husband of his promise. He started to struggle and she sat herself down on top of him till his struggles stopped. Her fingers sank deep into his ass. First, one then two fingers started to go in and out.

Carolyn slid in slowly. Her wimpy husband started to yell. Bob tried to get away and refuse to go along with her demands. I was so surprised she stood up to him and threatened that she knew all about his mistress and she would make sure he could never do anything with her again.

Screams turned to moans for more!

His eyes glazed as she fucked her man. The image of his ass in the air fully confirmed what she knew the whole time. She knew that he was nothing but a sissy that was waiting to come out.