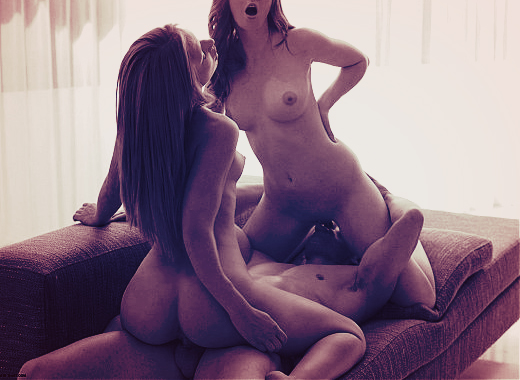 My date and I went to an after party after prom and got pretty drunk. When we finally got to the hotel, we stumbled to the elevator and to our room. As soon as we were inside we started to make out and rip off each others clothes. It was kind of hot because the people next door were fucking. We could hear them. They sounded like they were having a lot more fun than I was. Let me tell you, this guy was so bad in bed that I had to fake it the entire time. His dick was so small I could barley feel it. But he seems pretty pleased with himself when his tiny dick let out a few tiny drops of cum in my pussy. Then he rolled off of me and went right to sleep. I was so unsatisfied. I laid back on my pillow, so sexually frustrated I wanted to scream.

Could still hear the couple next door going at it. I could not help but start to play with myself.

For the first time the entire night, I was actually getting turned on and feeling some pleasure. I was still a bit drunk and feeling brave. So, I slipped on my panties and threw on my date’s white button-up shirt. I quietly opened the door and stuck my room key in my panties so I would not lose it.

I walked up to the door where the couple was fucking.

So I knocked, the room grew quiet and then they went back to fucking. So I knocked again. I heard a sigh from the man and then I could hear him getting up. He opened the door fully nude. Now he had a dick, a nice large dick. When he saw me standing there in just panties and a shirt his face went from a frown to a big smile. His wife then got up and came to the door, she was also smiling. I did not know what to say. So I just blurted out the truth. I told them all about my date with his tiny dick and that I wanted to have a threesome with them. Halfway through my story, they invited me in. They went back to fucking while I finished my story.

They were not at all shy about letting me join. I could not tell you if the wife, or the husband was the bigger freak. The wife was fully in charge and told me and her husband what to do. She told me that this was her dick, she owns it. That I have no say what hold his dick goes in. It goes where she wants it to go. After I was on top of her husband riding him, she told me to keep fucking him. That she needed to go get something. I could not believe that I was having a threesome with this hot couple.

She went into the bathroom for a moment and then came back out wearing a strap-on. She told me the strap on was an exact replica of her husband’s cock. Then she makes me get off of her husband and bend over against the bed. That is when the real fun started.