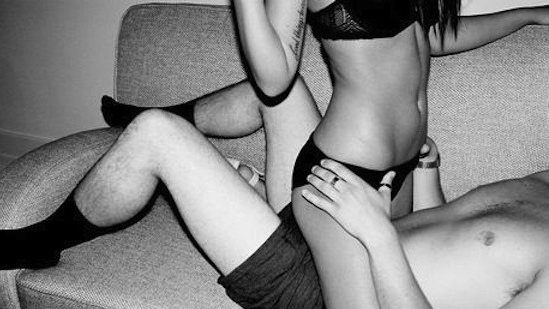 I’ve always heard the quote ‘nice guys finish last’, or some of the many spin-offs of it..  Little stories about how the nice guys, the quiet guys, or the new guys are always outcasts. They never get the girl, never get a chance.. but,  I never believed in that. I proved it wrong, actually..
My college class was a pretty tight group. We were all crazy. Seriously – everyone had pot brownies on 4/20, everyone took jello shots in the parking lot during lunch. We were crazy, close, and had a lot of fun. Then we got a new guy in the class, and he didn’t exactly fit in so easily. He missed the first few months of us growing close, so..he was kind of an outcast. Just a lonely, shy guy that kind of talked to us but mostly kept to himself. So.. I made it a point to change that up.

Everyone has a little crazy to them. I knew he was the kind that would stir up trouble as soon as he got home. He just hadn’t made friends in our group yet.. And after a few weeks of not knowing how to approach him, I just took the chance and asked him out to one of the parties we were going to have that weekend. Drinks, drugs, & watching UFC, followed by loud music. He was definitely not going to miss that. So when the day came, he was right there with us, doing shots for every knockout & cut scene of the sexy model that called each new fight round. We were pretty wasted by the time it was all done, and his inhibitions were failing. He was laughing, cracking jokes, laying on the couch with three of us sprawled around him.. Soon enough, as the party was winding down and we were all just relaxing, falling asleep, & listening to music.. I tried to sneak off with him. I started kissing his neck a little, trying to get him to realize that I wanted to head off into one of the other rooms. And soon enough, he sobered up to notice, and I got up and lead him away. He had a mischievous little grin & I knew what I was doing..he was going to get a nice reputation tonight, by the time I was done 😉
So once we got into the room, I locked the door behind me, and pushed him towards the bed, crawling on top of him like I had something to prove. I slid off my skimpy red shirt & let him play with my bra for a second, he could hardly wait to get it off.. And then kissing turned to biting, touches turned to me digging my nails into his back, and grinding against him turned into him fucking me harder than I even imagined he could.. I had so much fun with him that night, we almost broke the bed.. Turns out, I could turn a shy guy into a bad boy 😉

If you’re looking for a wild tease..