The Sad Demise Of A Cocky Dick 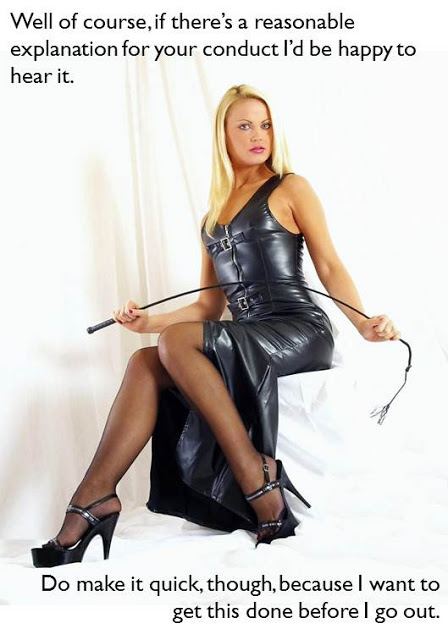 I just love it when guys really think they’re hot shit and that they can dominate a situation. For example, if any of you don’t know I also work as a DJ, and my DJ finances/taxes have started to get slightly messy as of late, (seeing as you fuckers keep me so busy nowadays!) so I decided to interview for an assistant/accountant. Just someone who could help me keep my affairs in order and serve as a general lacky, without the sex. I was stupid to think that being in a position of power wasn’t going to go straight to my head, and of course end up in some kind of sexual debauchery, but I tried to convince myself I could be the perfect professional. That is until this cocky little prick named Sam answered my Craigslist ad and met me at my pool house/office for an interview.

I could see him turn his snotty little Harvard Grad nose up at my barking dog and somewhat unkempt backyard as he pushed open the gate, and tried not to brush his khaki slacks against the chicken wire that was protruding from the middle of the gate to keep my snarling Chihuahua from escaping.

“You must be Sam.” I said from my sun lounger by the pool, from where I had been quietly watching him approach. He looked shocked to see me but confidently walked to where I was sitting and extended a firm, even cocky hand, as he looked me up and down, as if I might be some crazy old cat lady, sitting here in my dressing gown at 3pm. “I am Sam” he said as he shook my hand and flashed me a brilliant smile. I offered him a seat and he took it. “Tell me about yourself Sam,” I said rising and walking over to my silver drink trolley where I had a pitcher of Long Island Ice tea. I made myself one as he went into a smug monologue about his many achievements and his vast knowledge of just about everything. I raised a hand to silence him and motioned to the trolley “Drink?” I asked, and as I motioned my silk floor length robe fell over my shoulder down to my elbow, revealing the tight black mesh teddy and black stiletto heels I had on underneath. I saw his eyes scan my body and I saw him realize this crazy old cat lady was actually very attractive, with a killer body.

I turned back to him with the drink in my hand before he had a chance to answer and I stood in front of him, letting him look at my body as I held it out to him. He took it, and I could see him looking at me with a hungry look in his eye, like I was about to drop my knickers and let him take me right there like a good little girl. “Do you know what I do for a living and what job I’m offering?” I asked curtly, allowing his eyes to devour the massive swell of my beautiful 32G tits under the see-through material of the teddy bra. ” As to what you do I’m not sure, as for the job I think it’s for a Personal Assistant, am I correct?” I ignored his question and thrust his drink into his hand “I am a phone sex operator, a dominatrix and I like to have noisy sex all over this house, would that be a problem for you?” He shook his head. ” I might need to have you perform during some of my calls if the mood takes me, would that be a problem for you?” He looked confused and said “Perform..?” slowly trailing off. “Yes perform! Did I fucking stutter?” I shouted and grabbed him hard around his face “Take those trousers off, now.” I whispered into his ear, and he tried to turn his head, a look of confusion entering his eyes. “Wh-wait, what?!” he stammered and I clenched my fingers tighter around his cheeks “GET YOUR FUCKING TROUSERS OFF, NOW!” I yelled and his hand flew to his zipper and he undid his belt. I let go of him and slowly returned to lay back on the couch as he stood, stunned and speechless and I watched as his pants fell to the floor around his ankles.

“Boxers too.” I said taking out one of my long skinny cigarettes and lighting it. He looked bewildered, that cocky arrogance he had had in spades so recently gone completely.  “Come on, if you want a job here I have to see what I’m going to be working with.” I said nonchalantly, and I could tell from his expression he was dying of embarrassment now. He swallowed it, and I must say props to him because he put his hands on his jockey waistband and dropped them to his ankles quickly, almost as if he was ripping off a band aid. I was greeted by a pretty decent sized cock, about 8 inches long and nice and fat, cut, with a bulbous mushroom head. I looked intently at it, and enjoyed him squirming with humiliation under my gaze. “Hmmmmm. I suppose it’s passable depending on how you fare now.” I said, standing up and exhaling the last from my cigarette. “Crawl over here on your hands and knees.” I instructed, opening my gown so my near naked breasts were exposed. He dropped onto his knees with his ankles still restricted by his trousers and began a shuffling crawl towards me. “Quickly! I haven’t got all day!” I ordered and he nearly tripped over his own hands in his rush to get in front of my long legs on his knees. I put my hand under his chin and pulled his face up towards mine. I put my lips a couple of inches away from his and said “Do you think you want to work for me?” He nodded vigorously. “I think I have to make sure you’ll fit in first.” I said, and turned to face the couch, putting my hand on the backrest, one foot up on the seat and with the other hand sweeping my gown over to one side, exposing my perfect round ass, the black silk thong barely covering my puffy pussy lips. “Eat it. Now.” I said, and watched as he reached up to cup my ass cheeks and bury his mouth into my moist, tight crack. I reached around and smacked his head “You’re not a dog with a plate of tapioca! Have some technique for God’s sake! I shouted, and proceeded to spend the next 2 hours schooling young Sam on how to worship my ass.

I’ve had Sam around all the time since, he already has my finances in great order and does pretty much anything I tell him to. We haven’t discussed his salary yet, but I don’t think we need to.