The phantom of the nightclub♕ 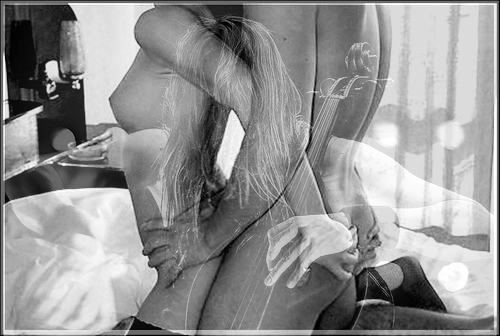 Alright, so there are some out there that do not believe in things supernatural. But, I have experienced some things that prove to me that there is life after death. And well, I am not saying that I fucked a ghost but.. there is no other explanation! I believe in ooky spooky, ooga booga, boogy boo things. And I LIVE for them. So, let me tell you a little tale that happened just a few weeks ago at a nightclub…

I was out with some girlfriends to a club in a nearby town. It was a classy place with three stories and each floor was a different club. We went to the dance club on the 3rd floor since it was ladies’ night and we got $1 Jell-O shots and $3 mimosas all night. We walked in the club was packed with sexy girls wiggling their fat asses to the music and guys grinding themselves on the girls. It smelled like caramel and perfume in the club and I was ready for a drink.

We ordered our Jell-O shots and then our mimosas. We all started dancing together and made our way into the crowd. Guys grinding themselves on us and a couple of my girls headed to the corner with some guys. I continued dancing with guy after guy and a couple of girls. My pussy was getting so wet from dancing so close to all those sexy people. I just couldn’t help but start making out with this hot black girl with a big bubble butt and amazing tits.

The girl and I hiked our skirts up and danced pussy-to-pussy on the floor for a bit. We both were there without panties. (hehe!) We sucked on each others’ nipples and patted each others pussies.. it was so fucking hot. But right when we were about to sneak off to trib on the bathroom couch her boyfriend came up to us and pulled her off me. I was so pissed and asked him “DUDE what the fuck?!” She just pulled her skirt down and looked sad as he pushed me into some people. Worst blue balls ever. I headed to the bathroom to freshen up.

The bathroom was all the way on the other side of the club in a quiet corner by the stairwell. I cleaned up my lipstick and had to wipe my pussy down since it was soaked with juices from me and the girl. I was adjusting my cleavage in the mirror when I heard something that sounded like a cello playing. I could hear the club playing it’s bass-filled crap but.. faintly I heard something deep and rich. I headed down the stairwell as if the music was calling me. It was playing the prelude of Bach’s Cello Suite No. 1. I knew I wasn’t drunk yet, horny of course, but not drunk. It couldn’t be phantom music. I kept going down the stairs until I reached the lobby. I still heard the music behind a door that said EMPLOYEES ONLY. I looked around and there was no one so.. I went in.

There was another set of stairs and I followed it down. It was smelling like dust and almost like old books. I wasn’t scared, although I think I should have been with how dark it was. But the music called to me. The cello played so clearly as I got closer. I reached the bottom of the stairs and looked around. Just some shelves with alcohol and paperwork. But there was a door in the corner that was open just a tiny bit with a flickering light inside. I walked up to it and could hear the beautiful music. My nipples got so hard as I opened the door and saw a blonde, long hair man sitting in a chair playing the cello. He was so enriched in playing that he didn’t hear the door creak open.

I watched him play for a minute.. my pussy was starting to throb. I couldn’t figure out why. It’s as if the music wanted me to take my clothes off and fuck myself right there on the floor of this basement. He looked up at me. His piercing blue eyes looked into mine. He smirked and tilted his head and began playing something newer. He played me Bittersweet by Apocalyptica. My hands started to slide up my hips and up my body. I swayed back and forth as his fingers played the strings. My hands started to feel as if someone else was controlling them. I started pulling on my nipple and rubbing against my pussy. I walked closer to the stranger… he lifted my dress with his bow, but the music never seemed to stop.

I put my leg on the back of his chair.. but I had no control over my body! The stranger licked his lips and up into my eyes. I pushed my hips closer to him..