The Howl Of The Wolf ♕ 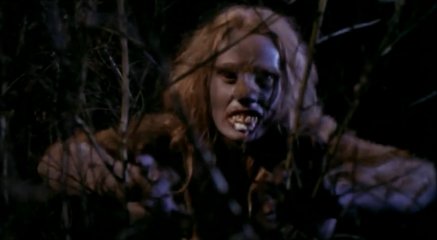 The Howl Of The Wolf

I gasped for breath as I pulled him through the final stretch of the moonlit path. He was getting heavier. And bigger. The flashlight flickered over our faces. I could hear their footsteps getting closer to us, that dusty beam of yellow light getting closer.

I could not only see the changes happening now — I could hear them. It was just like in the clips we watched together . . . his bones cracked, stretching and growing, his whole skeletal structure warping at a speed he couldn’t control. And at this point, I couldn’t control it either. I realized just how “out of my hands” this transformation had become with each crunch, and with each of those loud crunches I got slightly more sweaty, slightly more terrified.

Just before he broke out of my grasp, the hands of my friends appeared to sling the chains we’d brought around his grey hair-covered giant limbs, to lead him to those pillars just a couple steps ahead . . .

It was slightly more lit as we approached the clearing where the pillars stood.

The moonlight shone briefly on his face, for just a half of a second. Although it wasn’t really his face anymore. It was the toothy, deranged grin of a bloodthirsty werewolf. Only a barely perceptible glimmer of his human face remained – a bizarre, wide-eyed stare of pure, unadulterated fear mixed with maybe a twinge of confusion. Shocked confusion.

I was shocked too. I wasn’t completely sure my spells, my months of preparation, and elaborate rituals would work — but there it was, the proof, the undeniable proof that it had changed him. As my friends desperately tried to lock the chains around the pillars — which now seemed impossibly far apart now that he was struggling against them with all his brutal, ruthless animal strength — I lost my focus momentarily, just spaced out in total shock . . . walking slowly backward in a daze, shaking my head and staring at what I’d done . . .

Before I could respond, the creature we’d created let out a blood-curdling howl. The kind that reverberates deep inside you long after its echo ends.