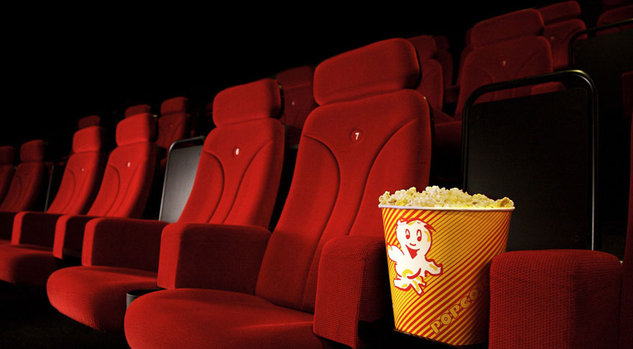 I’m a little mean.. My ex has gotten a full show of my mean streak. I’ve driven him crazy on more than one occasion.. Back in high school, I’d send him dirty pictures during class, so he’d look at his phone and not be able to look away. I used this a few times to win a bet, when I said he couldn’t keep focused on doing his work. 😉 And I’ve sexted him in college before..and then there’s the time we went to his house for Thanksgiving, and I kept doing everything in my power to turn him on.. Whispering little things, passing by him and brushing against him just slightly. Leaning over sometimes at the right angle.. Until he couldn’t take it anymore – and he couldn’t hide the rock hard cock in his pants. That man has been through plenty of my mischief. And of course, he was the first one I ever did anything actually public with..

We’d decided on going to see a movie.. Back when “The Vow” came out in 2012, that really cute romance movie that I had to beg him to come see with me. I wasn’t going alone, I wanted him to come along! So he did..and I fully intended on making sure he had a fun time with it. Sometimes I don’t really dress ‘slutty’, but I dress to kill.. Some painted-on black jeans, black stiletto heels, and a red, low-cut tank top that hugged all the right areas. Hair let down with a few sex-hair waves.. I knew he was hooked the second I walked out of the bedroom. And that was just the beginning.. The whole drive, I’d take the red-lights as a little time to tease him, leaning over just enough that I could kiss his neck, sometimes giving a little bite to tease him, draw out the rough side.. It was a little public, and I saw a few of the other drivers next to us take a peek in, since his windows weren’t tinted, and I had a habit of leaving them down anyway.

When we finally got to the show though, we made sure to pick a seat in the back.. Far enough away from people that we could do anything we wanted. And as the movie started, he took one last second to check his phone..only to find another picture I’d taken just for him. A little preview of the black lingerie I was currently wearing underneath.. You should have seen his face. He wanted to tear it off, right then and there. He squeezed my hand a little, protesting it as he leaned in to whisper how hard he was going to fuck me after..but if I had any say in it, he wouldn’t have the energy.. And as the movie started, I slipped my hand from his knee, up his leg..up to his belt. He hid what I was doing with the popcorn.. but any guy in the world would be able to tell from that face.. That little pained smirk – trying so hard to keep a straight face, failing so hard to conceal how much he was loving it.. Every second I rubbed against his cock, cupping it, stroking it…It was just the beginning of his 2 hour long ordeal – and he’d hate me for it.