Tease & Denial – Beg For My Pussy Like A Good Boy 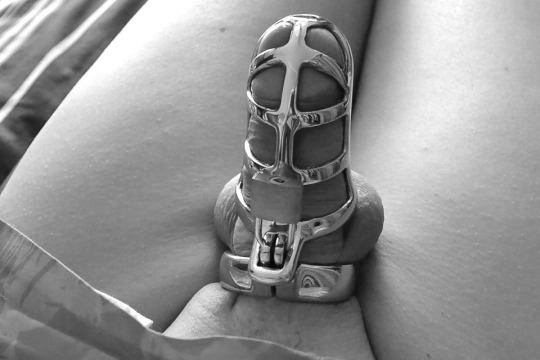 Tease & denial is such an awesome way to hold power over a man. Especially a man who had the drive of a teenage boy.. After one too many nights of Jack being stand offish and not putting out I decided to step up my game.

I got Jack stupid drunk and brought him to bed to exact my revenge on his cock. I tied him to the bed and added some extra fun toys to his cock. When Jack woke up he felt the restraints. He looked around the room and felt groggy.

His eyes finally focused on me. I was straddling his cock, just sitting behind it and playing with it.  He smiled thinking I was there to get a little kinky. I had planned on it…just not the way he thought. No I learned a bit about tease & denial. Begging is what I wanted from him.

Jack felt his cock hindered. When he looked down he saw the cock cage I put on him. He struggle but I tied him up tight. He asked what I was doing to him. I just shh’d him and leaned down for him to think he would get a taste of my huge tits.

Smiling I told him no. He couldn’t have a single thing from me. I took his locked up cock and started to grind on it. “Awe you want me now do ya? That’s too bad ya know…since you wanted to play hard to get all week.” I whispered.

I felt close to coming and fucked the toy harder. I kept telling him how much better the toy felt. How he was missing out whenever he said no. His cock was sore from the cage. I knew he wanted out of it…I gave in eventually.

The cage came off. I rubbed my wet pussy and used it as lube on his cock. Slowly I jerked him off, never giving too much. I wanted him to suffer. He did beg, just like I wanted him to. I almost gave in but decided to leave his cock be. Once it shrank back down a bit, I put the cage back on.

“You can have my pussy when I feel like giving it to you Jack.” I said. Tease & denial is so much fun when you see that look of desperation creep into a mans face.