My T-Shirt Is Just As Wet As My Pussy 👑 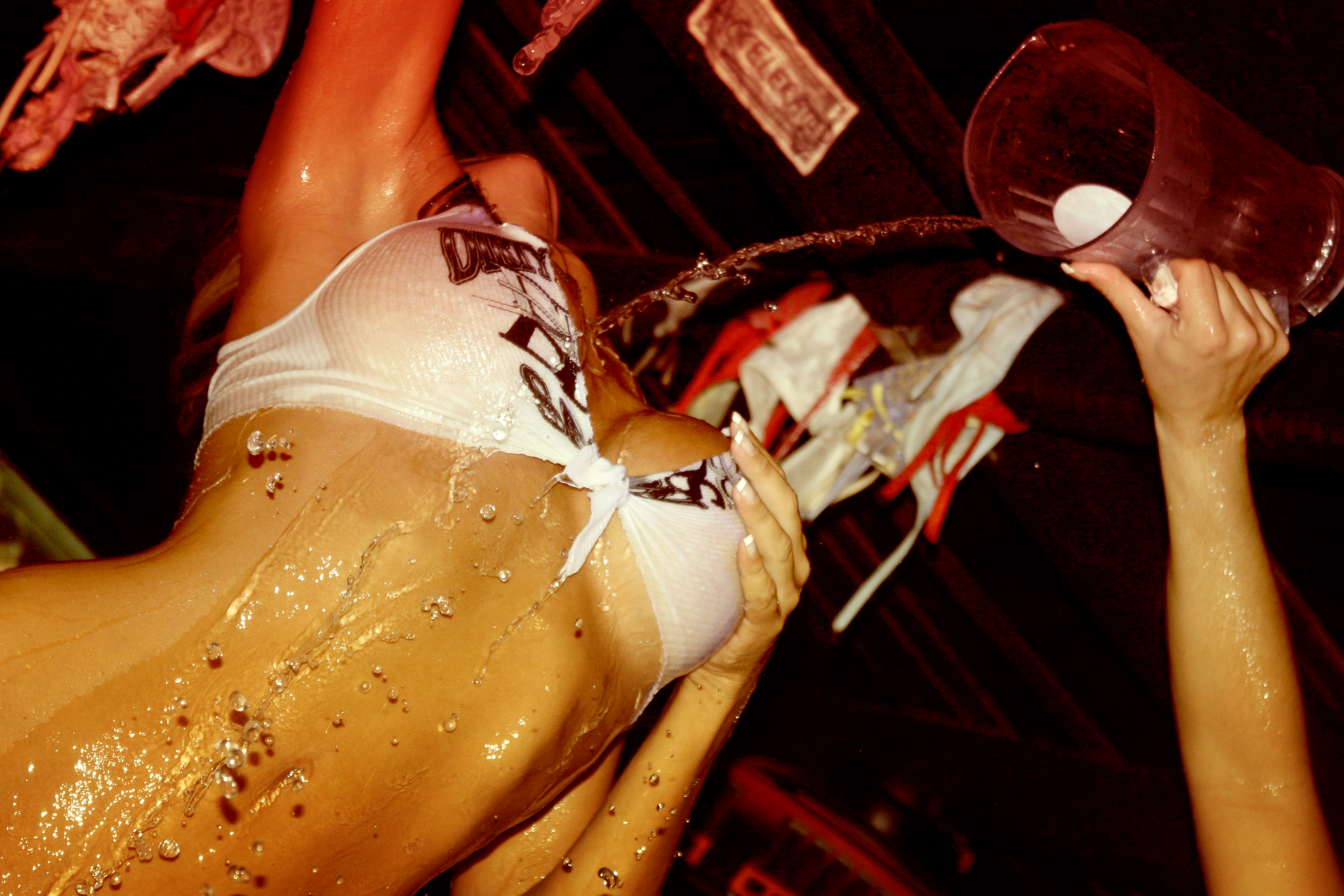 My T-Shirt Is Just As Wet As My Pussy

I went out and had some fun last night. Things have been kind of crazy and I needed some well…release. I did not invite any friends to go with me. I honestly just wanted to get dressed up super sexy, and go have some fun! Just so happened that the bar I went to was having a wet t-shirt contest and the winner would get free drinks all night long!

That night I wore a cute little top and some tight jeans. I was chatting it up with random people, dancing and just having a great time. Then when they announced free drinks for the winner of the wet t-shirt contest I jumped at it! I signed up and after a few min they handed all of the girls participating  white tanks and sent us to the back to change.

Damn, there was come good competition! But I had confidence in my self! A lot of the girls ripped or cut their shirts to make them more sexy, me being one of them. This is a contest after all and I was in it to win! *giggles*

So some super hot music started and they announced the first girl. I was the last girl to go. I was actually super glad to be able to have a front row view of all the girls showing off their goods! 😉 Then it was my turn. The song I picked was super sexy! So it began and I grabbed the pitcher of ice cold water and dumped just a tiny bit as a tease. The crowd was begging for more. I swear it was like I had a Coyote Ugly moment! (If you have not seen that movie, check it out!) Anyway, I jumped on the bar, reached behind it and took out the thing that the bar tender uses to fill out drinks. I started to make it shower with water all over my body.

There was a group of people in the VIP room and they all started to cheer me on. So I started to give everyone a strip tease…maybe tease is the wrong word. I stripped down butt ass naked. Girls started sucking the guys in the room off as I kept dancing. The club owner was the first guy  I started to fuck. He blew his load on my face, then his wife walked in. Do you think she got pissed or joined? Only one way to find out! 😉